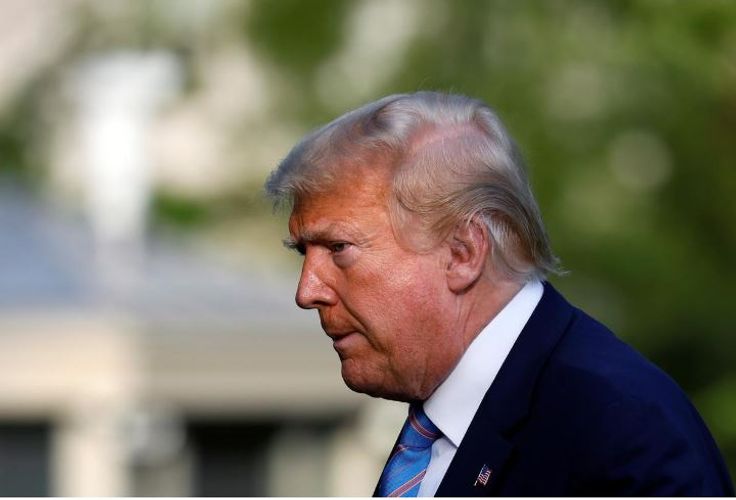 President Donald Trump, facing criticism that his policies and inflammatory rhetoric have aggravated a racial divide in the United States, signed an order on Tuesday that he said would reform police practices even as he pressed for “law and order” nationwide, APA reports citing Reuters.

After weeks of protests against racism and policy brutality prompted by the death of George Floyd, a black man killed on May 25 in police custody in Minneapolis, Trump sought to offer a policy response to rising concerns about racial injustice going into the Nov. 3 election, in which he is seeking a second term.

Trump, a Republican, opened his remarks by expressing sympathy to the families of victims of police violence, pledging to fight for justice and promising them their loved ones will not have died in vain. But he quickly pivoted to a defense of law enforcement officers and a threat of penalties to looters.

“Americans want law and order, they demand law and order,” Trump said at a ceremony at the White House, reiterating a call that has angered protesters who have poured onto streets from New York to Los Angeles.

“Americans know the truth: Without police there is chaos, without law there is anarchy, and without safety there is catastrophe,” he said.

In his public comments and on Twitter, Trump has called for crackdowns on protesters and emphasized a forceful and militarized response to the social unrest sparked by the death of Floyd and others. Despite issuing a call for unity, he used his Rose Garden address on Tuesday to criticize former President Barack Obama, the first black U.S. president, for his record on police reforms. Opinion polls show widespread concerns among Americans about police brutality.

Tuesday’s order encourages police departments to employ the latest standards for use of force, improve information sharing so that officers with poor records are not hired without their backgrounds being known, and add social workers to law enforcement responses to non-violent cases involving drug addiction and homelessness, officials said.

Trump’s proposal would steer federal money toward police departments that get certification by outside bodies and would ban chokeholds unless an officer’s life was in danger. It also would encourage them to use less-lethal weapons such as stun guns.

Trump reiterated that he opposes calls to “defund the police” by reimagining or dismantling police departments. Leading Democrats, including Biden, have not embraced such calls, but Republicans have jumped on the issue.

The Democratic-led House of Representatives is expected to vote later this month on sweeping legislation put forward by the Congressional Black Caucus to rein in police misconduct.

Senate Republicans are expected to unveil their own legislation on Wednesday that concentrates more on data collection than on policy changes in areas involving lethal force. Trump urged Congress to act.

Democrats want to allow victims of misconduct and their families to sue police. Republicans are pushing to reduce job protections for members of law enforcement unions.

Trump’s decision to ban chokeholds appears similar to the ban included in the Democratic legislation.

Republican lawmakers are divided on that issue.

Inimai Chettiar of the Justice Action Network said the use of grant money to influence police department policies could be an effective way to get results, but she noted that Trump’s Justice Department has resisted other reform efforts.

“I have a lot of skepticism in terms of how rigorously this is going to be implemented,” she said. Other civil-rights groups said Trump’s order did not go far enough.