Trump thanks Iran for ‘very fair’ negotiation on prisoner release 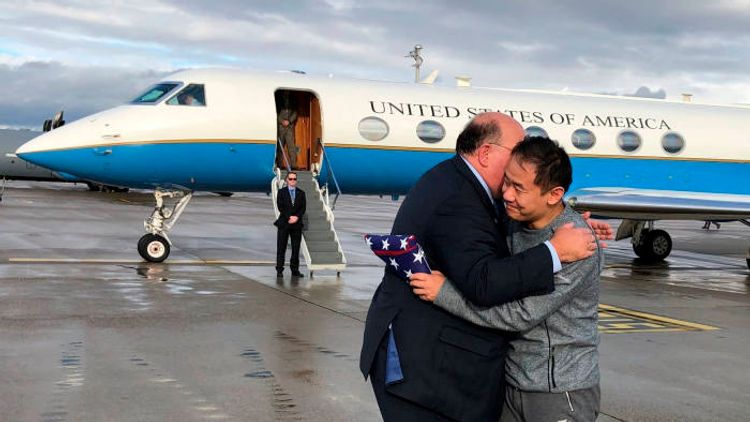 Iran has released a Princeton University graduate student who was imprisoned on espionage charges in exchange for an Iranian scientist held in the US for allegedly violating sanctions, APA reports.

Massoud Soleimani, an Iranian scientist who had been detained for more than a year, was traded for Xiyue Wang, a Chinese-born naturalised American who was serving a 10-year prison sentence in Tehran after being arrested in 2016.

Donald Trump welcomed the release of Mr Wang, who he said had been held “under the pretence of espionage”. Iran said Mr Soleimani was handed over to its officials in Zurich after a year of US “hostage-taking” and “illegal imprisonment”.

US and Iranian officials said the swap was conducted with the help of Switzerland, which serves as an intermediary between Washington and Tehran because the two nations do not have formal diplomatic relations.

The Iranian foreign ministry said Mr Wang was handed over to Swiss officials after his release was approved by the country’s highest security body, the Supreme National Security Council, and agreed by the judiciary based on “Islamic mercy”. Brian Hook, the US state department official in charge of Iran policy, met Mr Wang in Zurich after he was released and flown back on a Swiss aircraft.