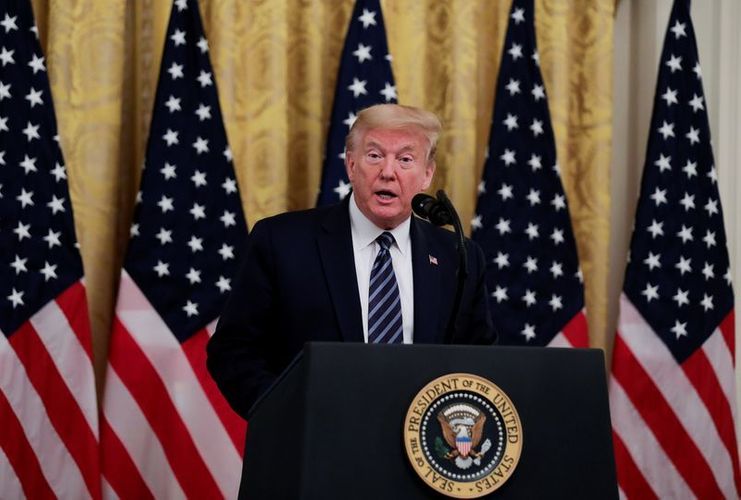 U.S. President Donald Trump will leave the White House on Friday for the first time in a month when he travels to the Camp David presidential retreat in Maryland, APA reports citing Reuters.

Trump will make the 70-mile (40 km) trip to Camp David on Friday evening, according to a schedule released by the White House on Thursday night. The schedule did not indicate how long Trump would stay at Camp David.

Trump has been holding regular press events at the White House to highlight his administration's efforts to combat the coronavirus pandemic.

Trump's last trip away from the White House was on March 28 to Norfolk, Virginia, where he bid farewell to the Navy's USNS Comfort hospital ship as it sailed to New York City to help take the pressure off civilian hospitals.

Trump, who faces re-election in November, said on Wednesday he would visit Arizona next week for an "industry"-related event.