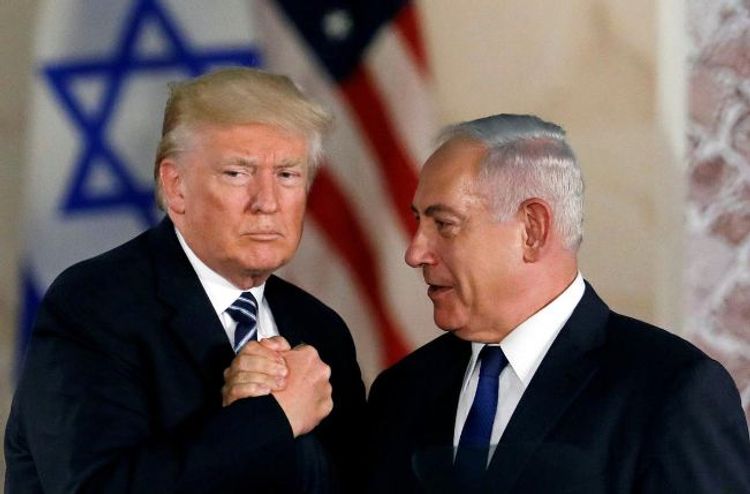 Trump will meet first with Netanyahu, Israel’s veteran right-wing leader, and then with the latter’s election rival Gantz, who just last week dropped his objection to having the peace plan published before Israel’s March vote, the source said.

Talks will continue on Tuesday, the source added.

“Today, I leave to Washington to stand by an American president who brings a plan which I believe is promoting our most crucial interests,” Netanyahu told reporters before taking off for Washington. “I am going to meet President Trump (Monday) and on Tuesday, together with him, we will make history.”

Gantz has said his meeting was scheduled for Monday.

Trump said last week he would release details of his long-delayed initiative before meeting with the two Israeli politicians, but the White House has yet to disclose details.

“The peace plan devised by President Trump will go down in history as a meaningful landmark mapping the way for the different players in the Middle East to finally move forward towards an historical and regional agreement,” he said in remarks broadcast on Saturday.

The political aspects of the plan have been closely held, although the economic components have been unveiled.

Speaking to reporters on Thursday, Trump said Palestinians might react negatively to his plan at first, but that “it’s actually very positive for them.”

The launch of the plan to end the decades-long conflict between Israel and the Palestinians has been delayed numerous times over the last two years.

A source told Reuters last week that bringing both Netanyahu and Gantz in on the details was aimed at defusing any suggestion Trump might be favoring one Israeli candidate over the other.