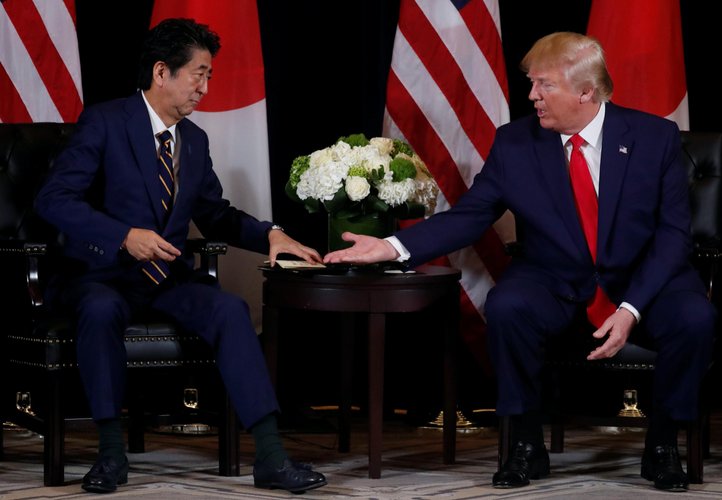 U.S. President Donald Trump called Shinzo Abe the greatest prime minister in Japanese history during a call between the two leaders, a White House spokesman said, days after the Japanese premier said he was stepping down for health reasons, APA reports quoting Reuters.

The two men spoke at length, and Trump told Abe he had done a “fantastic job” and that the relationship between their two countries was stronger than it has ever been, White House spokesman Judd Deere said in a statement.