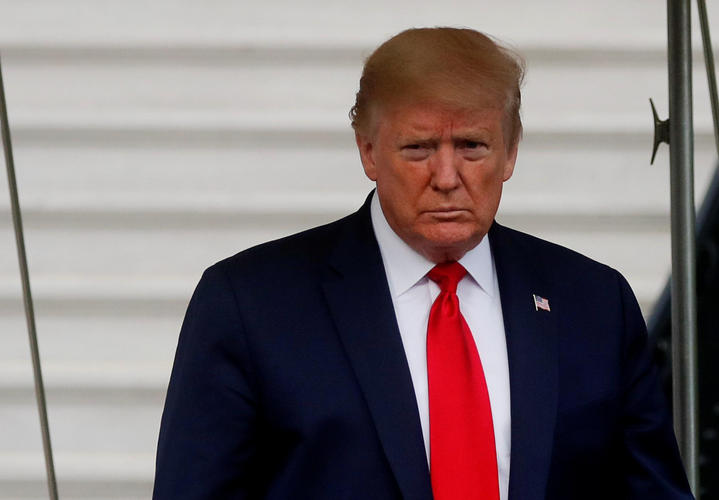 The president fumed against the measure that cleared both chambers of Congress after he authorized the assassination of Iranian Gen. Qassim Soleimani in early January, an action that put the US and Iran on the brink of all-out war. He warned lawmakers not to pass the measure, vowing to veto it should it reach his desk.

"We live in a hostile world of evolving threats, and the Constitution recognizes that the President must be able to anticipate our adversaries’ next moves and take swift and decisive action in response. That’s what I did!" he said, referring to Soleimani's killing. "Congress should not have passed this resolution."

Soleimani, the chief architect of Iran's regional military operations, was killed in a US airstrike in Baghdad, sparking fears over how Iran would retaliate.

Trump has issued seven vetoes during his over three-year presidency, including a similar measure that sought to rein him in vis-a-vis military support for a Saudi-led operation against Yemen's Houthi rebels.

It is unlikely that Congress will be able to muster the two-thirds supermajority it needs to override Trump's veto this time around, as was the case in the six prior veto showdowns.

The House of Representatives was the last to sign off on the Iran measure, approving it in a 227-186 vote on March 11 with six Republicans joining in approval, but its transmission to Trump had been delayed by the spread of the novel coronavirus.

An earlier vote in the Senate saw eight Republicans break rank with the president to lend their support.

Trump said Democrats intended the resolution to be "part of a strategy to win an election on November 3 by dividing the Republican Party."