Trump vows to keep his legal fight on election results 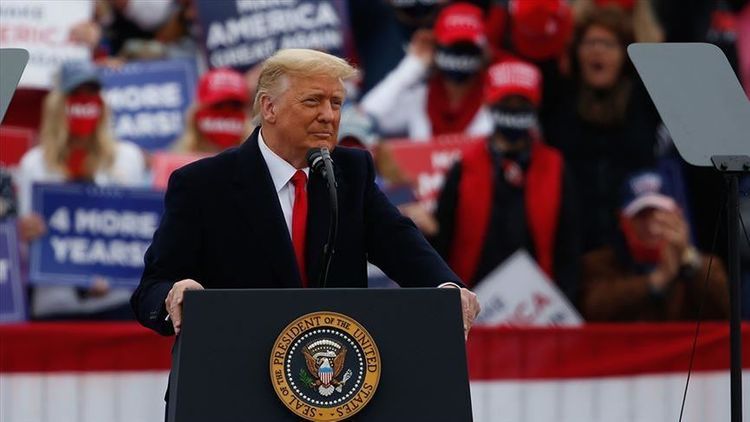 US President Donald Trump vowed Friday that he will continue his legal fight on election results of some battleground states as his Democratic rival is set for a prime-time address, APA reports quoting ANadolu Agency.

"We will pursue this process through every aspect of the law to guarantee that the American people have confidence in our government," Trump said in a statement released through his campaign.

"I will never give up fighting for you and our nation."

Underlining that the American people deserve to have full transparency into all vote counting and election certification, the president said: "This is about the integrity of our entire election process."

"From the beginning we have said that all legal ballots must be counted and all illegal ballots should not be counted, yet we have met resistance to this basic principle by Democrats at every turn," he added.

Biden is currently six Electoral College delegates short of the 270 either candidate needs to claim the White House, meaning if he wins any other states with the exception of Alaska he will cross the pivotal threshold. Trump, while still competitive, has far more delegates to accrue, currently standing at 214.