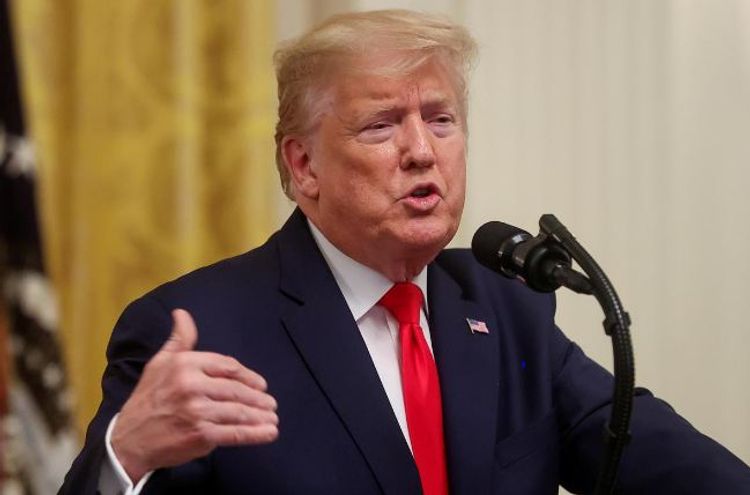 Times reported in an article that did not quote the document but cited multiple people as having described Bolton’s account.

The newspaper said the reported statement could undercut a key element of Trump’s impeachment defense: that the aid delay was separate from his requests that Ukraine announce probes into his perceived enemies, including Biden and his son Hunter Biden, who had worked for a Ukrainian energy firm. The elder Biden is a leading 2020 Democratic presidential contender.

Bolton did not immediately respond to a request for comment.

The report drew immediate demands from Democrats that the Republican-controlled Senate, which is conducting a trial on whether to remove Trump from office following his Dec. 18 impeachment by the Democratic-led House of Representatives, should call Bolton as a witness.

“There can be no doubt now that Mr. Bolton directly contradicts the heart of the President’s defense and therefore must be called as a witness at the impeachment trial of President Trump,” the seven House “managers” prosecuting the case against Trump in the Senate said in a statement.

“There is no defensible reason to wait until his book is published, when the information he has to offer is critical to the most important decision Senators must now make — whether to convict the President of impeachable offenses,” the statement added.

Trump has denied wrongdoing and calls the impeachment process a sham. The White House, which with Senate leaders has resisted calling witnesses, did not immediately respond to a request for comment about the New York Times report, nor did Jay Sekulow, who is helping lead the Republican president’s defense.

Democrats have said they are eager to hear testimony by Bolton, who was involved, as his own lawyer has previously said, in “many relevant meetings and conversations” involving issues at the heart of Trump’s impeachment.

Bolton left his post in September after disagreements with the president. Trump said he fired him. Bolton said he quit.

The House impeached Trump on charges of abusing the powers of his office by asking Ukraine to investigate Biden and of obstructing a congressional inquiry into his conduct.

Trump’s defense argued neither impeachment charge constituted a crime or impeachable offense, that he was within his rights as president to make decisions about foreign policy and what information to give Congress, and that the House pursued a flawed and one-sided process before impeaching him.

While the Senate is highly unlikely to remove Trump from office, he is seeking to limit political damage to his bid for a second term in the Nov. 3 election.