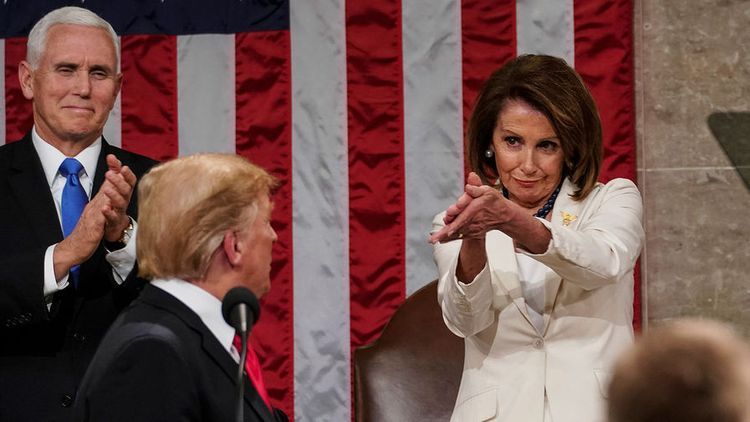 President Donald Trump has lashed out over his impending impeachment in a letter to top Democrat Nancy Pelosi, accusing her of declaring "open war on American democracy".

"This impeachment represents an unprecedented and unconstitutional abuse of power by Democrat Lawmakers, unequaled in nearly two and a half centuries of American legislative history. You have cheapened the importance of the very ugly word, impeachment! By proceeding with your invalid impeachment, you are violating your oaths of office, you are breaking your allegiance to the Constitution, and you are declaring open war on American Democracy. You dare to invoke the Founding Fathers in pursuit of this election-nullification scheme? Even worse than offending the Founding Fathers, you are offending Americans of faith by continually saying you pray for the President when you know this statement is not true, unless it is meant in a negative sense. It is a terrible thing you are doing, but you will have to live with it, not I! Fortunately, there was a transcript of the conversation taken, and you know from the transcript (which was immediately made available) that the paragraph in question was perfect. I said to President Zelensky: would like you to do us a favor, though, because our country has been through a lot and Ukraine knows a lot about it? I said do us a favor, not me and our country, not a campaign. You are turning a policy disagreement between two branches of government into an impeachable offense. You know full well that Vice President Biden used his office and $1 billion dollars of US aid money to coerce Ukraine into firing the prosecutor who was digging into the company paying his son millions of dollars. Now you are trying to impeach me by falsely accusing me of doing what Joe Biden has admitted he actually did. President Zelensky has repeatedly declared that I did nothing wrong, and that there was "No Pressure""., noted in the letter.