Trump: "US to impose new powerful economic sanctions on Iran" 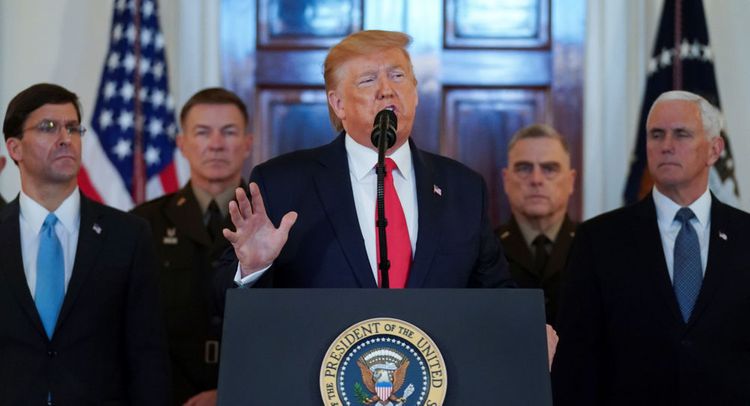 "US would impose "new powerful economic sanctions" against Iran in light of the attack against the American military bases," US President Donald Trump said while addressing the American people following Tehran's airstrikes on US military facilities, APA reports.

He added that the sanctions would remain until Iran "changes its behaviour" on the international arena.

The US president stated that he would ask NATO to be "much more involved" in the process in the Middle East.

While Trump didn't explicitly promise any action against Tehran apart from sanctions over the missile attack on 8 January, he put great emphasis on the modernisation that the US military has undergone under his presidency.

The POTUS namely boasted that US Armed Forces possess "big and accurate" missiles, but added that he hopes not to use them against Iran.