Tunisia's designated PM says he has formed a government 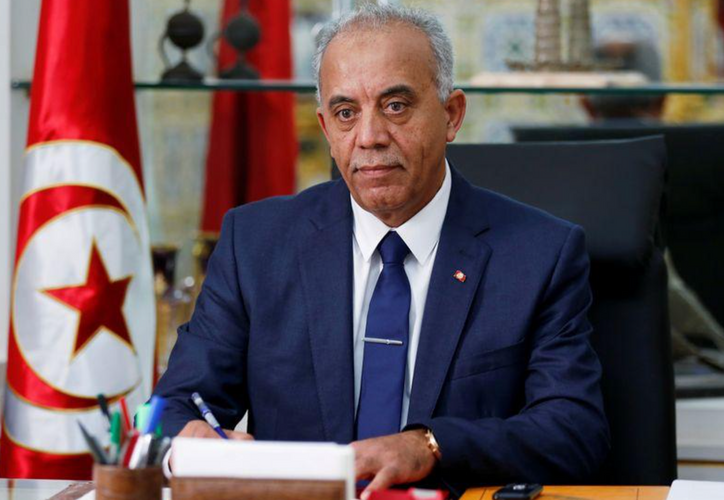 Tunisia’s designated prime minister Habib Jemli submitted a proposed cabinet to President Kais Saied on Wednesday, but he has not yet publicly announced the names of cabinet ministers, APA reports quoting Reuters.

The new government, which Jemli said last month would be formed of political independents, will be put to parliament on Thursday, where it must win majority support before taking office.

It comes nearly three months after an election that returned a deeply fractured parliament in which no party took more than a quarter of the seats, leading to hard negotiations to build a coalition that could pass a confidence vote.

Jemli said at a news conference that his government would focus on the economy, a subject that has bedevilled all administrations in Tunisia since its 2011 revolution that introduced democracy.

The outgoing government has made painful cuts to reduce the public deficit, but the International Monetary Fund and other foreign lenders are seeking more fiscal reforms.

Anger at public services that are seen as worse than under Tunisia’s pre-revolution autocrat Zine El-Abidine Ben Ali, who died in exile in September, has undermined the trust of some Tunisians in its political establishment.

The moderate Islamist Ennahda party nominated Jemli to form a government after it came first in the Oct. 6 election, winning 52 of the 218 seats.

The president, an independent who won his own election a week later, then formally requested Jemli to build a coalition able to command a majority in parliament.

Jemli struggled to bring rival parties together during the coalition talks, but said on Wednesday that all parties would support the new government “one way or another”, without giving specifics.

Saied, who was presented by supporters during the presidential election as a man of great personal integrity, has urged action against state corruption but he has little direct control over policy except in matters of foreign affairs and security.