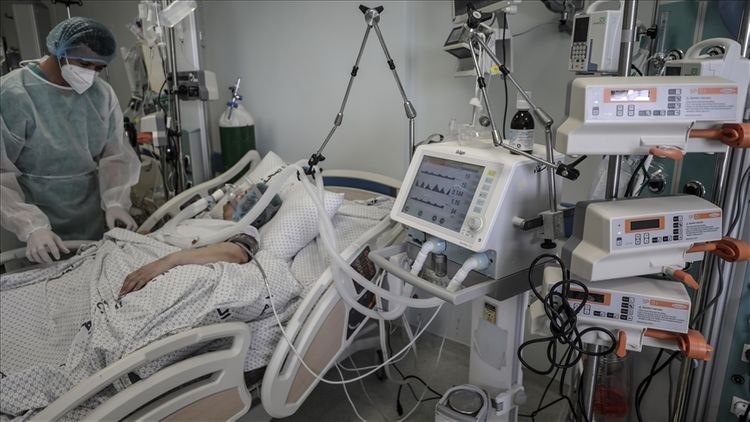 Turkey reported over 59,000 more coronavirus cases on Tuesday, its highest single-day figure since the start of the pandemic, APA reports quoting Anadolu Agency.

A total of 59,187 cases, including 2,723 symptomatic patients, were confirmed across the country, according to the Health Ministry data.

Turkey’s overall case tally is now over 3.96 million, while the nationwide death toll reached 34,455 with 273 fatalities over the past day.

As many as 52,104 more patients in the country won the battle against the virus, bringing the total number of recoveries to over 3.42 million.

More than 42.19 million coronavirus tests have been done in Turkey to date, with 306,563 more done since Monday.

The number of COVID-19 patients in critical condition has risen to 2,951, according to the latest Health Ministry figures.

Earlier on Tuesday, the government announced a two-week partial lockdown to curb the recent rise in infections across Turkey.

New measures will be enforced starting Wednesday evening and continue for the first two weeks of the Muslim holy month of Ramadan, President Recep Tayyip Erdogan said after a Cabinet meeting.

The weekday curfew will now begin at 7 p.m., two hours earlier than the previous 9 p.m. start time, and last until 5 a.m., during which inter-city travel will also be banned, except in emergency cases.

Since December 2019, the pandemic has claimed more than 2.95 million lives in 192 countries and regions.

Nearly 136.9 million cases have been reported worldwide, with recoveries now over 77.98 million, according to figures compiled by the US’ Johns Hopkins University.