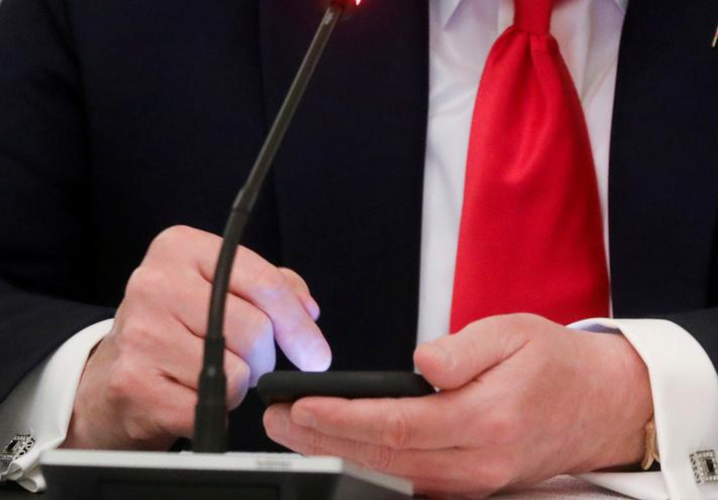 Twitter temporarily blocked the @TeamTrump account from sending tweets after it posted a video about Democratic presidential candidate Joe Biden’s son that it said violated its rules.

The video referred to a New York Post story from Wednesday that contained alleged details of Hunter Biden’s business dealings with a Ukrainian energy company and said the former vice president had met with an adviser of the company.

A Twitter spokesman told Reuters earlier on Thursday that the @TeamTrump account, as well as the accounts of White House Press Secretary Kayleigh McEnany and the New York Post, had been blocked from tweeting due to the company’s policies on hacked materials and posting private information. He said the accounts may need to delete the rule-breaking posts to continue tweeting.

The Trump campaign, with 2.2 million followers, was sending tweets again on Thursday afternoon. It said in a new tweet it was “re-posting the video Twitter doesn’t want you to watch.” A Twitter spokesman told Reuters that the site would not take action as alterations to the video meant it no longer violated its policies.