Two missing after U.S. Navy helicopter goes down in the Philippine Sea 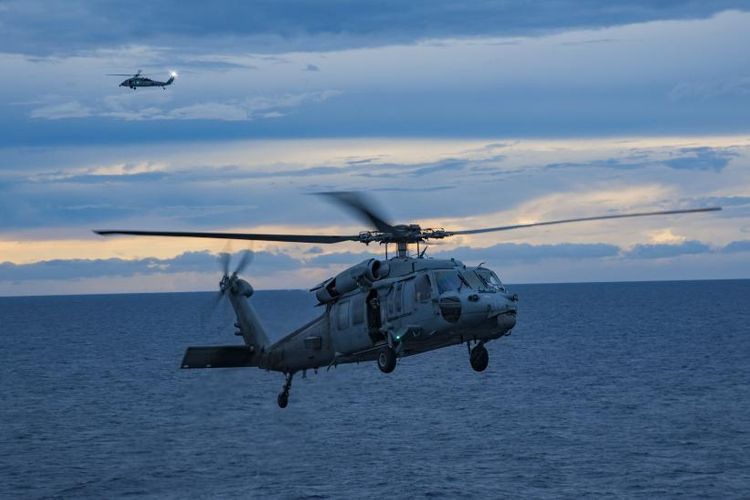 A rescue operation has been launched for two people who were aboard a U.S. Navy helicopter when it went down in the Philippine Sea, the commander of U.S. 7th Fleet said in a statement, APA reports citing NBC News.

The MH-60 craft assigned to the USS Blue Ridge "went down while conducting routine operations," the statement said. "There were five souls aboard, three have been safely recovered and the search is ongoing for the other two."

It added: "A Japan Air Self-Defense Force UH-60 search and rescue helicopter recovered three aircrew and transported them to a hospital in Okinawa for evaluation by medical personnel."

Japanese forces, along with the country's coastguard were helping U.S. forces with the search for the remaining people, it said.