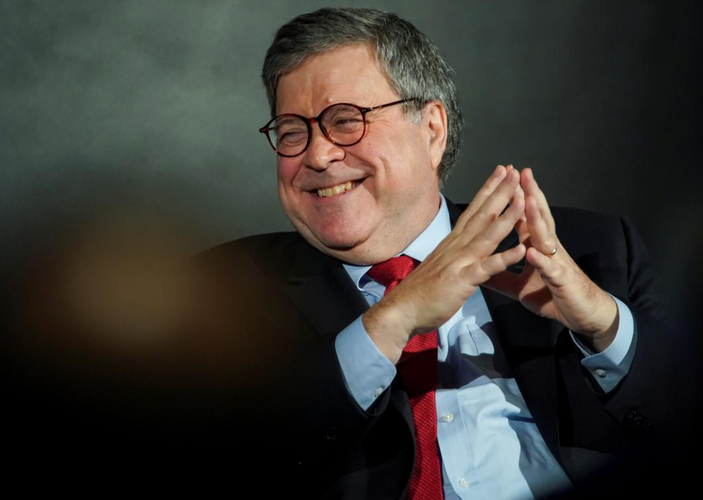 U.S. Attorney General William Barr said on Tuesday he is still not fully convinced that the FBI acted without bias when it opened its 2016 investigation into possible links between President Donald Trump’s campaign and Russia, APA reports quoting Reuters.

In his first interview since a report by Justice Department Inspector General Michael Horowitz faulting the FBI for missteps in how it sought to put a former Trump campaign adviser under surveillance, Barr said he still has doubts about the FBI’s motives to pursue what he called a “baseless” investigation.

The internal watchdog's report here on Monday also concluded that the FBI had opened a legal, authorized probe, and it found no evidence of political bias.

Barr, in an interview with NBC News, however, cast doubt on the findings.

He said Horowitz used a standard that was “deferential” to the FBI when he investigated the claims of bias, and suggested that a final judgment cannot be made until federal prosecutor John Durham has completed his own separate investigation into the origins of the Trump-Russia investigation.

“I think our nation was turned on its head for three years based on a completely bogus narrative that was largely fanned and hyped by a completely irresponsible press,” Barr said.

“I think that leaves open the possibility that there was bad faith.”

Barr also said he was disturbed by the FBI’s reliance on a dossier penned by former British spy Christopher Steele in order to obtain a wiretap to monitor the campaign adviser Carter Page, saying the dossier was “complete rubbish” and a “complete sham.”

Barr has come under withering criticism from Democrats, who have accused him of acting more like Trump’s personal attorney and not like the Attorney General of the United States.

Earlier this year, Barr tapped Durham, the U.S. Attorney for the District of Connecticut, to look into the origins of the investigation into Trump’s campaign.