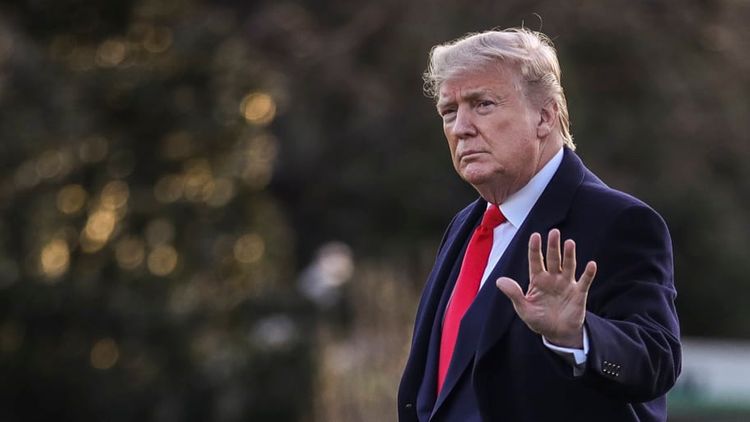 The U.S. House of Representatives passed a resolution on Thursday to stop President Donald Trump from further military action against Iran, rebuking the president days after he ordered a drone strike that killed a top Iranian commander and raised fears of war, APA reoprts quoting Reuters.

The Democratic-controlled House voted 224-194, mostly along party lines, sending the war powers resolution to the Senate. The partisan vote reflected the deep divide in Congress over Trump’s Iran policy and how much of a say lawmakers should have over the use of the military.

Democrats accused Trump of acting recklessly and backed the resolution, while Trump’s fellow Republicans, who rarely vote against the president, opposed it.

“The president has to make the case first - first, not after he launches an ill-advised attack and then comes up with a reason why it was necessary and why it was legal,” said Representative Eliot Engel, chairman of the House Foreign Affairs Committee.

Republicans said Democrats endangered the country by trying to pass a resolution they characterized as an empty political gesture, at the start of a U.S. general election year.

“Instead of supporting the president, my Democrat colleagues are dividing Americans at a critical time,” said Representative Mike McCaul, senior Republican on the foreign affairs panel. He said the resolution would “tie the president’s hands.”

The White House also criticized the resolution’s passage in the House, calling it “ridiculous” and “just another political move.”

The resolution “attempts to hinder the President’s authority to protect America and our interests in the region from the continued threats,” White House spokesman Hogan Gidley said in a statement.