U.S. House to vote this week to limit Trump's military actions on Iran 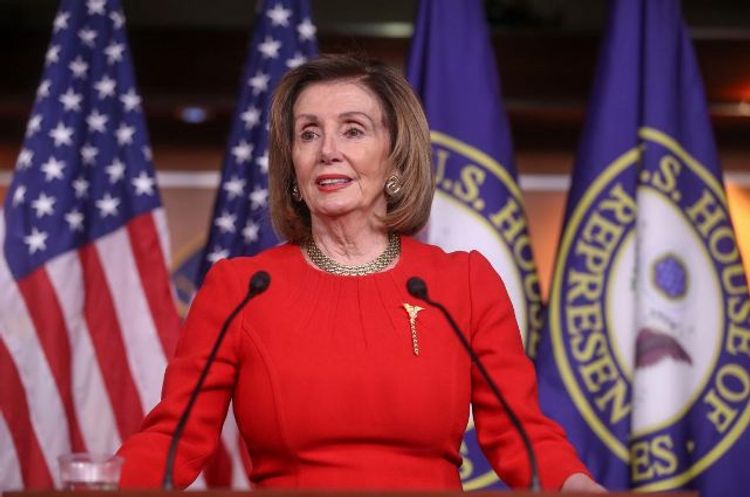 U.S. House of Representatives Speaker Nancy Pelosi said on Wednesday the House would vote on a resolution intended to limit President Donald Trump’s military actions regarding Iran, stating that concerns about the administration’s strategy and decisions were not addressed in a briefing with lawmakers, APA reports citing Reuters.

Pelosi said on Monday the House would vote on a war powers resolution, but did not provide many details on its timing then.

The resolution will likely sail through the House of Representatives, where the Democrats hold the majority, but its passage in the Senate, controlled by Trump’s fellow Republicans, is less assured.

“Today, to honor our duty to keep the American people safe, the House will move forward with a War Powers Resolution to limit the President’s military actions regarding Iran,” Pelosi said in a statement.

“This resolution, which will be led by Congresswoman Elissa Slotkin, will go to the Rules Committee this evening and will be brought to the Floor tomorrow,” she added.

Trump said in remarks earlier on Wednesday that the United States did not necessarily need to respond militarily to Iranian missile attacks on military bases in Iraq that host U.S. troops.

The comments stood in contrast to his fiery rhetoric in previous days. On Saturday, he threatened to destroy Iranian cultural sites, before backtracking and saying he would obey international law on the issue.

The overnight strikes in Iraq were in retaliation for the U.S. killing of Iranian military commander Qassem Soleimani last week.

“Members of Congress have serious, urgent concerns about the Administration’s decision to engage in hostilities against Iran and about its lack of strategy moving forward,” Pelosi said. Our concerns were not addressed by the President’s insufficient War Powers Act notification and by the Administration’s briefing today.”