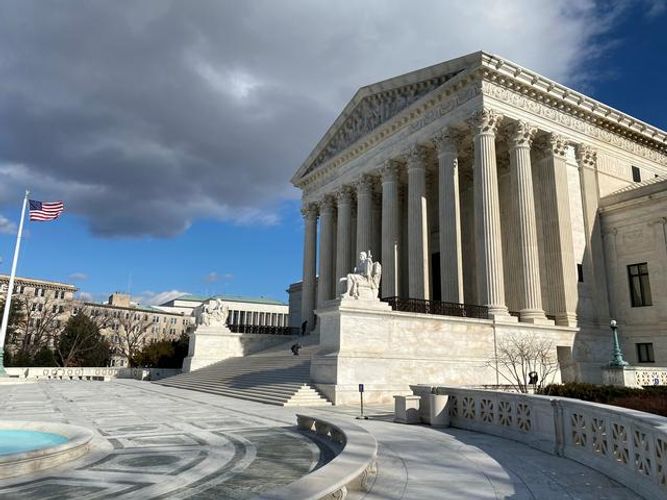 The U.S. Supreme Court will postpone its next round of oral arguments that had been scheduled to start later this month, including a high-profile dispute over President Donald Trump’s tax and financial records, in a bid to combat the spread of the coronavirus, a spokeswoman said on Monday, APA reports.

The decision to indefinitely delay arguments that had been due to run from March 23 to April 1 marked an increase in the court’s response to the coronavirus threat after closing its building in Washington to the public last Thursday.

Eleven arguments spanning 14 cases were postponed, including Trump’s appeals, due to have been heard on March 31, in three separate cases to prevent his financial records from being handed over to Democratic-led U.S. House of Representatives committees and a New York prosecutor.

Court spokeswoman Kathy Arberg said in a statement the court heeded public health precautions recommended in response to the virus, the latest in many changes that have affected numerous aspects of American life. Arberg said the court “will examine the options for rescheduling those cases in due course in light of the developing circumstances.”

The court made no announcement about arguments scheduled in the rest of the cases due to be heard in their current term, which traditionally would run through the end of June.

The coronavirus has proven to be particularly dangerous in elderly people, especially those with underlying medical issues. Three of the nine justices are over age 70: Ruth Bader Ginsburg (87), Stephen Breyer (81) and Clarence Thomas (71). Ginsburg has experienced a series of recent health issues including treatment in the past two years for pancreatic and lung cancer.

“Ultimately it may have been out of the concern for the justices’ own health, particularly given that the virus is so dangerous to the elderly,” said Tom Goldstein, an attorney who frequently appears before the justices.

Goldstein represents Google in a postponed case that had been scheduled for arguments on March 24 involving a dispute with Oracle Corp over software copyrights.

The justices will still hold their regular private conference on Friday to discuss pending appeals, although some justices may participate by telephone, and will announce as planned on Monday the cases they have decided to hear or reject, Arberg said. The justices also may issue rulings in cases already argued, releasing opinions online without announcing them from the bench as they normally do, during the March 23 to April 1 period, Arberg said.

The court could reschedule delayed arguments for April or later, and possibly push its calendar into the summer, Goldstein said. The court’s next term is due to begin in October.

Another postponed case involved a Trump administration bid to shield FBI agents from a lawsuit by three American Muslim men who said they were placed on the government’s “no-fly list” for refusing to become informants. Another is a religious rights case involving Catholic school teachers in California.

Postponement of Supreme Court arguments in such circumstances is rare. Some arguments were postponed in 1918 amid the Spanish flu epidemic and argument calendars were shortened in 1793 and 1798 due to yellow fever outbreaks, Arberg said.

The other case involves a criminal investigation into Trump and his family real estate business in which Manhattan’s district attorney is seeking the president’s tax returns.