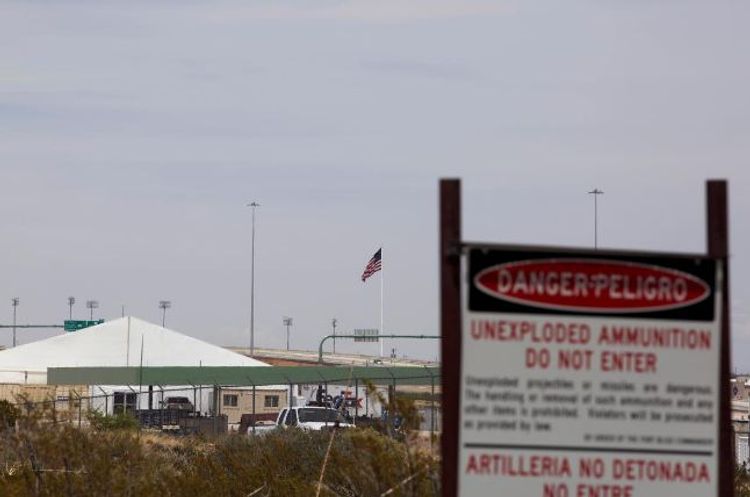 The Border Patrol arrested about 34,000 migrants at the U.S.-Mexico border in November, a 75 percent drop from a recent high point in May, according to statistics released on Monday by U.S. Customs and Border Protection, APA reports citing Reuters.

Border arrests - which are used to estimate illegal crossings - initially plummeted after U.S. President Donald Trump took office in January 2017. However, they soared in the spring to monthly levels higher than those under Trump’s predecessor, former President Barack Obama.

The Trump administration credits the decline to tougher asylum policies and increased cooperation with Mexico and Central American nations. Still, the decrease only brings the arrest figures in line with the average November over the past decade.

“This is not durable and sustainable,” Morgan said at a news conference in Washington. “We should not be looking to the government of Mexico and the Northern Triangle countries to solve the loopholes in our current legal framework,” he said, referring to Guatemala, Honduras and El Salvador.

The number of migrant family members arrested at the border dropped to 9,000 in November from roughly 9,700 a month earlier, continuing a downward trend.

Morgan touted a Trump administration program known as the Migrant Protection Protocols as part of a “network of initiatives” that had discouraged migrants from trekking to the United States.

A Customs and Border Protection official said on Monday that roughly 54,000 migrants had been sent to Mexico through the program, a figure revised down from 59,000 last month. The agency audited its data in November and found some migrants had been counted twice after attempting to re-enter the United States, the official said.

Morgan rejected the idea that the Trump administration was responsible for attacks on migrants waiting in Mexico and blamed criminal organizations.

While the overall number of families encountered at the border decreased in November, the Border Patrol recently has encountered more Mexican family members, the acting commissioner said.

Morgan said smugglers were “constantly modifying their approach to continue to make money and exploit migrants from everywhere.”