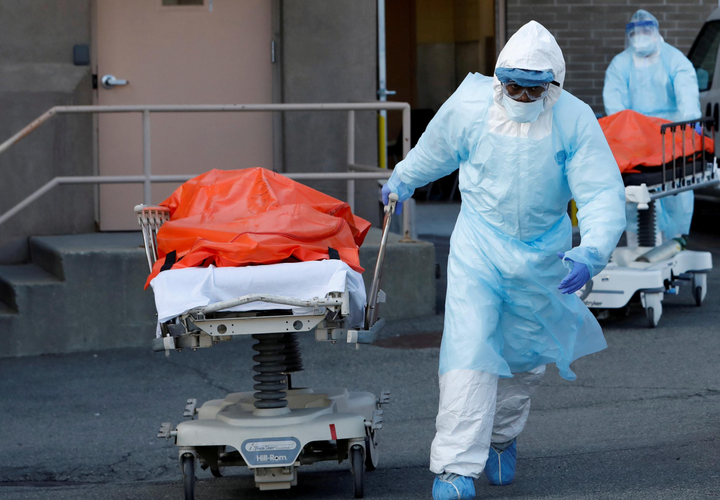 U.S. coronavirus cases topped 500,000 on Friday, according to a Reuters tally, although there are signs that Americans staying home was helping to curb new infections, APA reports quoting Reuters.

Confirmed U.S. cases of the COVID-19 illness caused by the virus have been rising by 30,000 to 35,000 cases a day as testing becomes more available. Globally, there have been over 1.6 million confirmed cases, with the death toll topping 100,000 on Friday.

U.S. deaths topped 18,600 on Friday as officials warned that fatalities would likely peak this week as then decline as there was evidence that the number of new infections was flattening in New York state, the epicenter of the U.S. outbreak.

With many Americans celebrating the Easter holiday on Sunday, the top U.S. infectious disease expert warned that it is too early to relax restrictions on Americans.