U.S. economy officially went into a recession in February 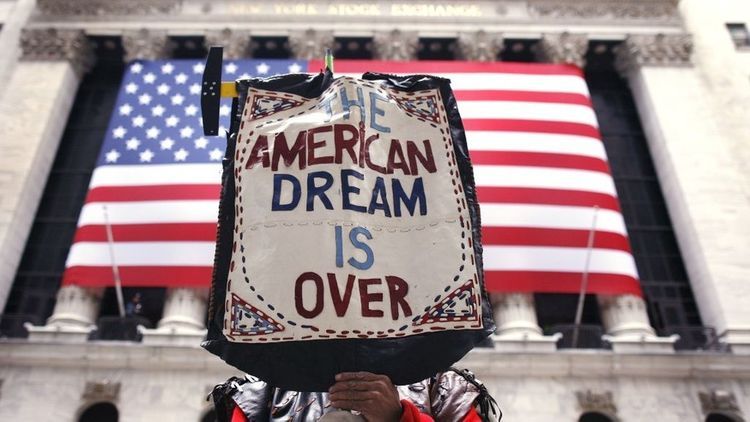 The United States officially fell into a recession in February, ending a historic 128-month expansion as the coronavirus swept the country and put the economy into a tailspin, APA reports citing Washington Post.

The Business Cycle Dating Committee, which tracks and dates business cycles for the National Bureau of Economic Research, said the economy peaked just before the pandemic forced business and social activity into a holding pattern. Recessions often refer to two consecutive quarters of contraction, but the NBER’s calculation includes other factors, such as domestic production and employment.

“The time that it takes for the economy to return to its previous peak level of activity or its previous trend path may be quite extended,” the committee’s report said.

States and communities began issuing stay-at-home orders in mid-March to stem the spread of the highly contagious virus. The moves prevented an estimated 60 million coronavirus infections in the United States, according to a study published Monday, but came at a great cost to the economy. More than 40 million Americans lost their jobs as consumers stayed out of shopping malls, restaurants, theaters and other places where crowds gathers. Travel, tourism, retail and other industries were devastated, tipping such well-known brands as J. Crew, Neiman Marcus and Hertz into bankruptcy.