U.S. next week to start purchasing $3 billion worth of farm goods -Trump 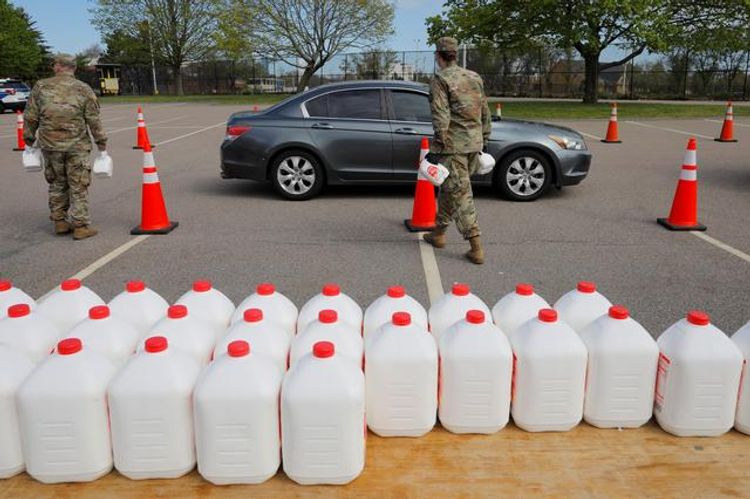 President Donald Trump on Saturday said the United States will next week begin purchasing $3 billion worth of dairy, meat and produce from farmers as unemployment soars and people are forced to food lines, APA reports citing Reuters.

“Starting early next week, at my order, the USA will be purchasing, from our Farmers, Ranchers & Specialty Crop Growers, 3 Billion Dollars worth of Dairy, Meat & Produce for Food Lines & Kitchens,” Trump wrote in a post on Twitter.

It was unclear whether his statement referred to a $19 billion relief plan announced by the U.S. Department of Agriculture in April. The agency said it would buy $3 billion worth of agricultural commodities as part of that program.

The White House did not respond immediately to a request for comment.

The U.S. economy lost a staggering 20.5 million jobs in April and the unemployment rate rose to 14.7%, government data showed on Friday.

Food banks have been running short on staples as hunger soars. The coronavirus pandemic has disrupted supply chains, with farmers saying they have had to destroy their produce and euthanize pigs because processing facilities have shuttered.