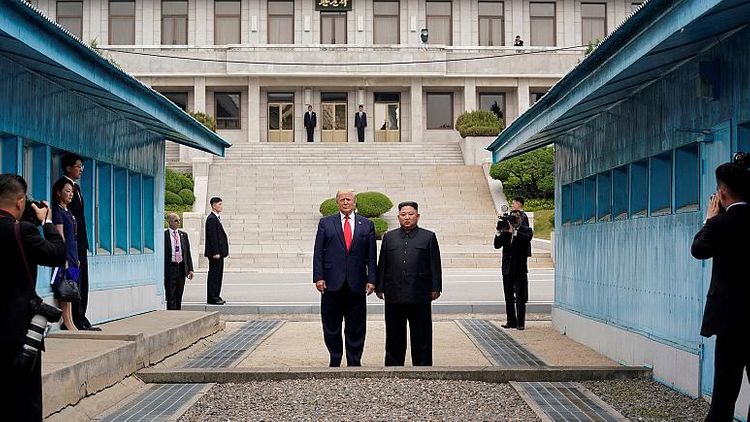 Washington wants Kim to give up his nuclear weapons, but he wants a more gradual approach that would prioritize easing sanctions against his country.

Many experts and officials are skeptical North Korea will ever give up the arsenal of warheads and missiles that has become central to its status as a global pariah.

North Korea said Saturday it had performed another "crucial test" at its long-range launch site. This would help "reliably restraining and overpowering the nuclear threat of the U.S.," Pak Jong Chon, chief of the Korean People's Army's general staff, said according to the state-owned Korean Central News Agency (KCNA).

"In the situation of the acute confrontation, the U.S. and other hostile forces will spend the year-end in peace only when they hold off any words and deeds rattling us," Pak said.

Last year, President Donald Trump and Kim made history by holding the first talks between sitting leaders of the two nations.