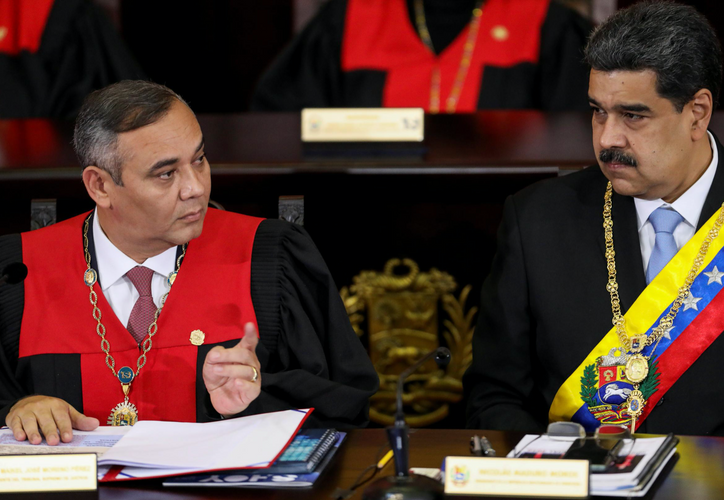 The United States on Tuesday imposed sanctions on Venezuelan Chief Justice Maikel Moreno and announced a reward for information leading to his arrest or conviction for allegedly participating in transnational organized crime, APA reports quoting Reuters.

In a statement, U.S. Secretary of State Mike Pompeo said the United States was offering a $5 million reward for information leading to the arrest or conviction of the chief justice of Venezuela’s supreme court through the U.S. State Department’s Transnational Organized Crime Rewards Program.

Washington also imposed sanctions on Moreno, an ally of Venezuelan President Nicolas Maduro, barring him and his wife from traveling to the United States over accusations of his involvement in significant corruption.