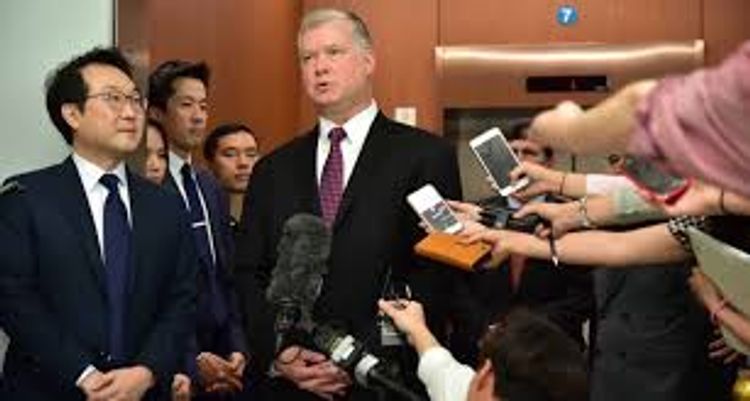 Stephen Biegun, U.S. special representative for the Democratic People's Republic of Korea (DPRK) affairs, said here on Dec. 16 that the United States was unwavering in its efforts to denuclearize the Korean Peninsula via dialogue and diplomacy, APA reports citing Xinhua.

Biegun made the remarks during his meeting with South Korean President Moon Jae-in at the presidential complex, according to the Blue House of South Korea.

Moon assessed Biegun's efforts to denuclearize the peninsula and build a permanent peace regime on the peninsula, asking the U.S. nuclear envoy to continue the efforts for progress in the Korean Peninsula peace process.

Biegun said the United States was unwavering in its position to achieve a historic task of denuclearizing the peninsula and building peace through "dialogue and diplomacy," noting that his country will not give up on it and will make best efforts for it.

After the 35-minute meeting, the U.S. diplomat held talks with Chung Eui-yong, top security advisor for Moon, and Kim Yeon-chul, the South Korean unification minister in charge of inter-Korean affairs.