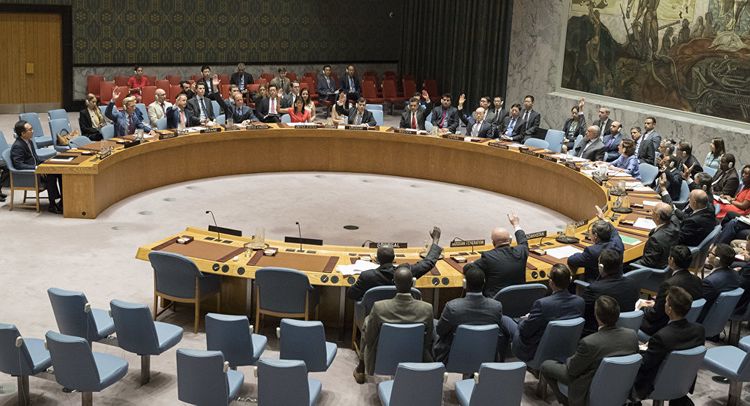 The United Nations Security Council gathered Tuesday to hold a briefing on the situation in the Middle East and especially on the "deal of the century" proposed by US President Donald Trump, APA reports citing Sputnik.

President of the Palestinian National Authority Mahmoud Abbas is expected to deliver a speech later in the day, opposing the plan proposed by the US and request adherence to international law.

US President Donald Trump unveiled his plan to resolve the Israeli-Palestinian conflict during a joint press statement with Israeli Prime Minister Benjamin Netanyahu at the White House on Tuesday, 28 January.