US, China set to sign Trade Deal amid uncertainty over future tariffs 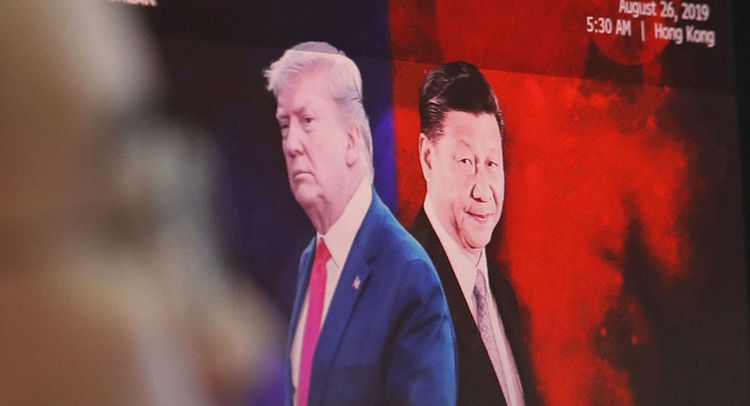 Trump and Chinese Vice-Premier Liu He, before 200 guests at the White House, will sign the 86-page agreement, known as "Phase One," which covers issues such as intellectual property, tariff reductions and purchasing commitments, APA reports citing Reuters.

Trump administration officials have said as part of the deal China is supposed to purchase up to $50 billion in American farm products annually, and a total of $200 billion of US goods over the next two years, all in exchange for lifting tariffs.

US officials have also claimed that Beijing will commit to respecting US intellectual property and vow not to manipulate its currency.

On Monday, ahead of the signing ceremony, the Treasury Department dropped its designation of China as a currency manipulator.

Beijing has not commented on any of the alleged concessions although a blog leaked to an official economic newspaper revealed that Chinese officials are worried that the trade war is far from over.

The US Trade Representative will reportedly post the full text of the phase one agreement online once the deal is signed.

The trade war began on 22 January 2018 when Trump announced duties on Chinese-made solar panels and washing machines. A raft of tit-for-tat tariffs soon took the two countries toward a full-blown confrontation. At last count, the Trump administration had tariffs on $550 billion worth of Chinese products. China, in turn, had duties on $185 billion worth of US goods.

Both countries have been hurt in the trade war. Trade Partnership Worldwide, a Washington-based consultancy, estimates that Americans overall have paid an additional $46 billion for purchases from China from February 2018 through November 2019.

Trump initially said negotiations for the next round would start right after Phase One, and that he intends to visit China for those talks. But last week, the president tweeted that Phase Two "will take a little time" and most likely be held after the US presidential election in November.

Analysts have said to achieve a comprehensive solution on the trade wrangle, a "Phase Two" must be concluded. Jonathan Gold, spokesman at Americans for Free Trade, called on Trump to immediately begin the next phase of talks in order to remove tariffs that have hurt businesses, consumers and farmers.

Some are doubtful, however, of negotiators achieving consensus in what would likely be an even more vexatious round. Analyst George Magnus told the South China Morning Post that Phase One covered the "low hanging fruit" and the next phase will include more difficult issues involving industrial policy, subsidies and state enterprises, sensitive non-tariff barriers and items that touch more closely on sovereignty.