US, Chinese trade officials to meet 15 August to evaluate phase one trade deal 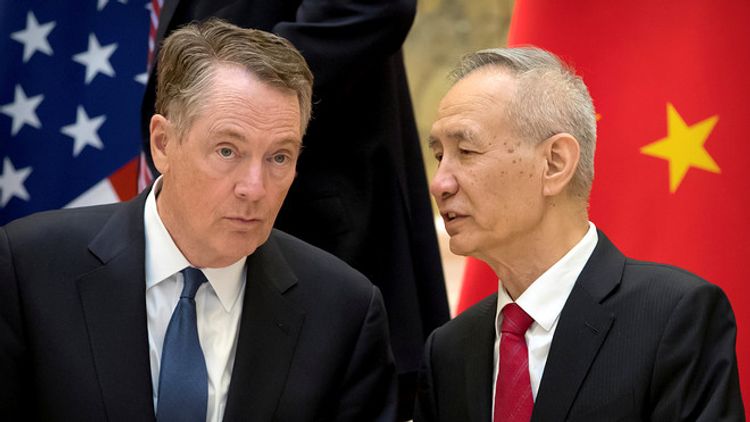 US and Chinese trade officials will hold high-level talks on 15 August to assess the Phase One trade deal, APA reports citing Sputnik.

US Trade Representative Robert Lighthizer and Chinese Vice Premier Liu He will discuss Beijing's compliance with the agreement, the Wall Street Journal report said on Tuesday.

Earlier, Chinese Ambassador to the United States Cui Tiankai said during a virtual Aspen Security Forum discussion that both sides will probably not be able to meet in person and will have to hold the meeting online due to the novel coronavirus pandemic. The ambassador added that such a meeting would be "very positive".

In mid-January, the United States and China struck the Phase One trade agreement. Beijing agreed to increase the purchases of US goods and services by $200 billion over the next two years. On 14 February, China reduced by 50 percent tariffs on a number of US goods.

Trade tensions between the United States and China had escalated in August 2019 as China said it would apply tariffs ranging from 5 to 10 percent on $75 billion worth of US goods and a 25-percent duty on US cars. The move followed Washington's decision to impose tariffs of an additional 10 percent on $300 billion worth of Chinese imports.