US Defence Secretary: "They will regret it' 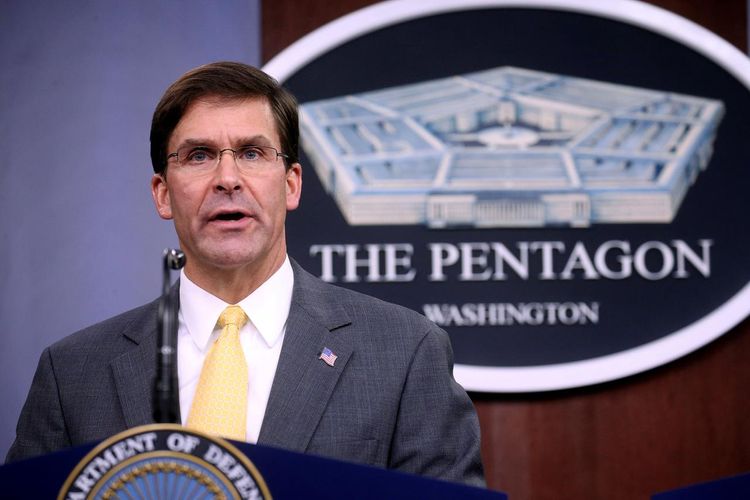 US Defence Secretary Mark Esper has stated that Washington expects more attacks from "Iran-backed" groups and that they will "regret it", APA reports citing Sputnik.

"The provocative behaviour has been out there for months... So do I think they may do something? Yes. And they will likely regret it. We are prepared to exercise self-defence, and we are prepared to deter further bad behaviour from these groups, all of which are sponsored, directed and resourced by Iran", Esper told reporters.

He continued on by saying that Washington would respond and take pre-emptive action to protect personnel in Iraq.

Hashd al-Shabi, also known as the Popular Mobilisation Forces, said dozens of its fighters were murdered in the US strikes. An angry mob attacked the US Embassy in Baghdad after a funeral was held for those dead. They torched the fence, forcing US guards to take cover. The United States stated that it would send extra troops to Baghdad.

Iran's Foreign Ministry on 31 December dismissed the "empty" accusations coming out of Washington about Tehran allegedly orchestrating the attacks on the US Embassy in Iraq. The ministry also called on Washington to reject its "destructive policies" in the Middle East.