US Department of State: US views Russia’s countermeasures as escalation, reserves right to respond 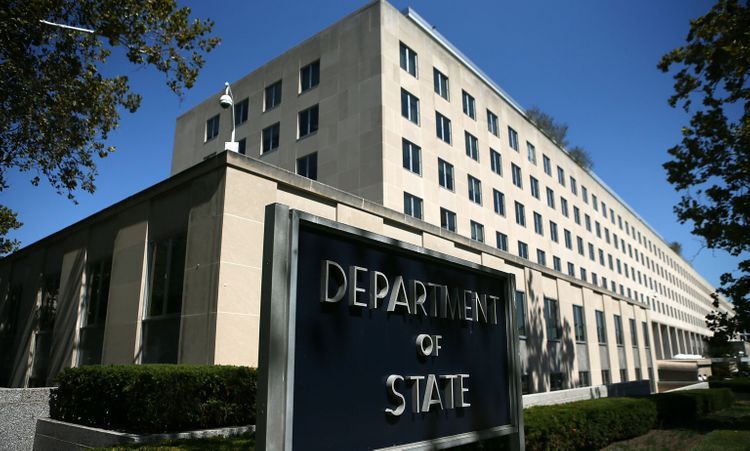 The United States is not interested in escalation, but reserves the right to respond to Russia’s countermeasures, a US Department of State spokesperson told TASS on Friday, APA reports citing TASS.

"Our recent actions were proportionate and appropriate to Russia's harmful activities. Today's announcement by the Russian government was escalatory and regrettable," the spokesperson said. "It is not in our interest to get into an escalatory cycle, but we reserve the right to respond to any Russian retaliation against the United States."

Earlier in the day, Kremlin Spokesman Dmitry Peskov said that Yuri Ushakov, the Russian presidential aide, briefed US Ambassador in Moscow John Sullivan on Russia’s response measures to the new round of US sanctions. In particular, Russian Foreign Minister Sergey Lavrov explained that the US ambassador was advised to leave for Washington for consultations. Russia will expel ten US diplomats and launch a procedure than stops the practice of hiring citizens of Russia and third countries by the US diplomatic missions in Russia.

Apart from that, the Foreign Ministry announced that Russia bars entry for eight "incumbent and former US high-ranking officials and figures, who have been involved in working out and implementing the anti-Russian policy." Among them are the US attorney general, the FBI director, the director of National Intelligence, the Secretary of Homeland Security and the director of the Federal Bureau of Prisons.