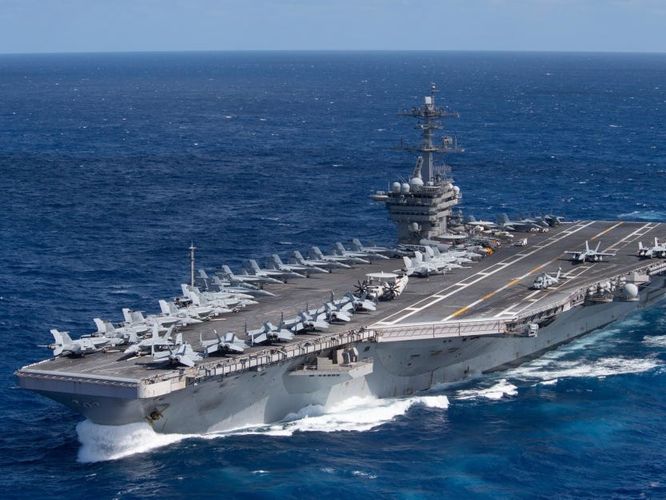 Earlier this week, acting Secretary of the Navy Thomas Modly said that three sailors on one of the US Navy’s largest vessels, the aircraft carrier USS Theodore Roosevelt, had tested positive for COVID-19, APA reports citing Sputnik.

Acting Secretary of the US Navy Thomas Modly stated on Thursday that additional coronavirus cases have been found on the USS Theodore Roosevelt aircraft carrier.

The official added that all personnel on board the aircraft carrier will be tested for the coronavirus when the vessel docks in Guam.

"We found several more cases on board the ship, we are in the process now of testing 100 percent of the crew on that ship to ensure that we are able to contain whatever spread might have occurred there on the ship," Modly said. "The ship is pulling into Guam, it will be pier side."

The Roosevelt has about 5,000 personnel onboard and is based in San Diego, California. The ship is presently in the Philippine Sea after having recently called to port in Da Nang, Vietnam, for five days earlier this month.

Earlier this week, the acting secretary said that three sailors on the USS Theodore Roosevelt had tested positive for COVID-19 about two weeks after visiting Vietnam.

Drivers, as well as taxi drivers without COVID-19 passport not to be allowed in route from October 1