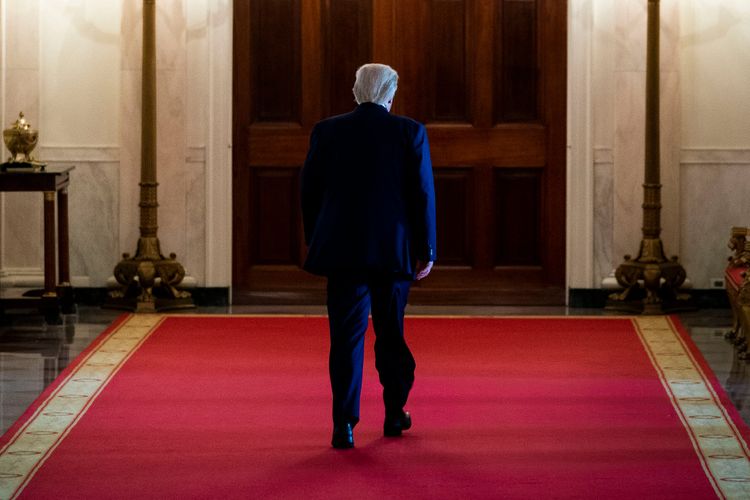 The US Republican Party is intending to hold its national convention, scheduled for August 21-24 in North Carolina’s Charlotte, as an event closed to the press for the first time in its history. The decision comes amid the coronavirus pandemic, the convention’s press service said Saturday, APA reports citing TASS.

"We are planning for the Charlotte activities to be closed press Friday, August 21 — Monday, August 24," the service said in a statement. "We are happy to let you know if this changes, but we are working within the parameters set before us by state and local guidelines regarding the number of people who can attend events."

Moreover, alterations already took place as the number of delegates has been dramatically reduced from to 336 from 2,550. The conventions are traditionally visited by tens of thousands of people, including representatives of both US and foreign media outlets.

Last month, US President Donald Trump announced that he had abandoned plans to hold any convention-related events in Jacksonville, Florida, explaining the decision be saying that he did not want to set up a bad example for fellow Americans in light of the pandemic. The city was originally supposed to hold the second part of the Republican National Convention where the White House occupant was scheduled to deliver a speech. Meanwhile, the first part in Charlotte is going ahead as planned, the GOP will officially nominate Trump as its candidate for the upcoming presidential election in November. It is still not clear whether the ceremony will be broadcast live. Trump earlier mentioned Republican plans to televise it live, while his speech will apparently be delivered in a different format.

The US Democratic Party will convene on August 17-20 in Milwaukee, Wisconsin. The number of press accreditations will also be drastically reduced to a minimum. The party is expected to nominate Joe Biden to face off with Trump at the presidential election on November 3.