US Secretary of State calls Bolton "a traitor" 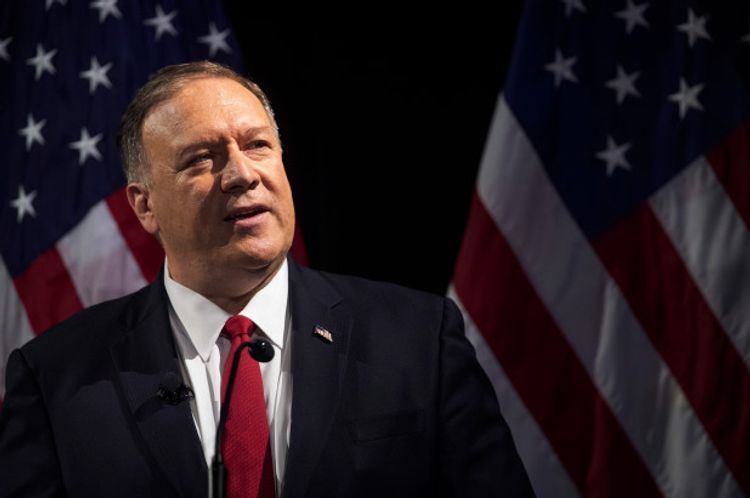 "I've not read the book, but from the excerpts I've seen published, John Bolton is spreading a number of lies, fully-spun half-truths, and outright falsehoods," Pompeo said in a statement. "It is both sad and dangerous that John Bolton's final public role is that of a traitor who damaged America by violating his sacred trust with its people."

"To our friends around the world: you know that President Trump's America is a force for good in the world," he continued.

Pompeo's comments come as the White House scrambles to halt the release of Bolton's new book, "In the Room Where it Happened," in which Bolton details a troubling and shocking series of allegations about his tenure as President Donald Trump's national security adviser. He alleges that Trump requested Chinese help to win the 2020 election, that the President argued Venezuela is part of the US, that he casually offered to intervene in the criminal justice system for foreign leaders and that Trump had no problem with China's concentration camps.

In the book, a copy of which has been obtained by CNN, Bolton also alleges that Pompeo had privately assailed Trump during negotiations with North Korea.

Bolton describes a meeting between Trump and Kim Jong Un in which the North Korean leader blamed troubled relations between his country and the US on the actions of prior administrations. Emphasizing the meetings he and Trump had held, Kim told the President that they could dispel mistrust and work quickly toward a nuclear agreement.

After Trump told Kim that he would seek Senate ratification of any agreement with North Korea, Bolton writes that Pompeo passed him a notepad. On it was scribbled the message, "he is so full of shit."

"I agreed," Bolton writes, going on to note that Kim promised no further nuclear tests.

"I have no strain with Pompeo. No, I have a very good relationship with Pompeo," he said, adding later that "Pompeo and Bolton had a terrible relationship."

"To be clear: Defendant's manuscript still contains classified information," Justice Department lawyers wrote on Wednesday. "This means it contains instances of information that, if disclosed, reasonably could be expected to cause serious damage, or exceptionally grave damage, to the national security of the United States."

Bolton's lawyer has said he diligently went through the administration's book review process, took care to avoid revealing classified details and was told the process was complete.