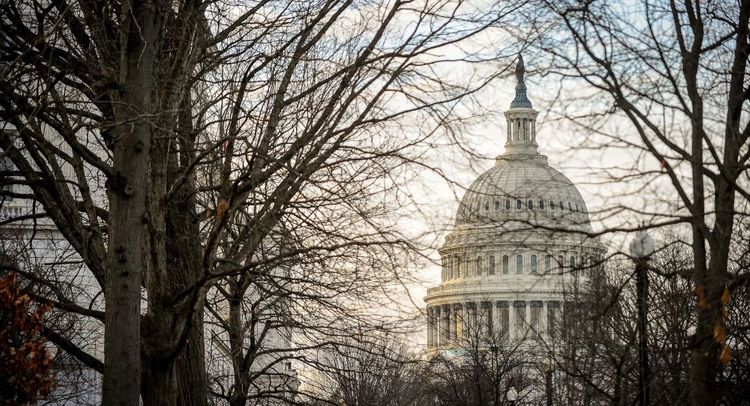 The US Senate has passed its own version of a resolution previously passed by the House seeking to limit US President Donald Trump's ability to unilaterally make war against Iran via the 1973 War Powers Act, APA reports citing Sputnik.

The nonbinding resolution enjoyed bipartisan support, winning the votes of all 47 Democrats as well as eight Republicans who agreed that Trump should have been forced to seek the approval of federal lawmakers before ordering the January 3 airstrike that killed Iranian Maj. Gen. Qasem Soleimani in Baghdad.

“The last thing this country should do is rush into or blunder into another war in the Middle East. And no matter who our president is, no president is smart enough to, on their own, make that kind of a decision without deliberation,” Sen. Tim Kaine (D-VA), who introduced the resolution, told Politico on Wednesday. “The logic of the idea just gets more and more persuasive the more time that elapses after 9/11.”

Like the House bill that passed last month, the Senate resolution is nonbinding, meaning Trump cannot veto it, but neither is he legally compelled to obey it. This is the second attempt on which the two legislative houses have united to try and rein in Trump's warmaking power; the first was last year's attempt to bar US support for the Saudi-led coalition's war in Yemen, which Trump vetoed.

The War Powers Act of 1973 was implemented in the closing days of the Vietnam War in an effort to block future presidents from unilaterally taking the US into a major conflict, as US President Lyndon B. Johnson did in 1964. While the law recognizes that the president has the power to deploy US forces into combat without a formal declaration of war, it requires them to give Congress at least 48 hours notice and establishes a 60-day time limit. Military operations beyond that scope require congressional authorization.