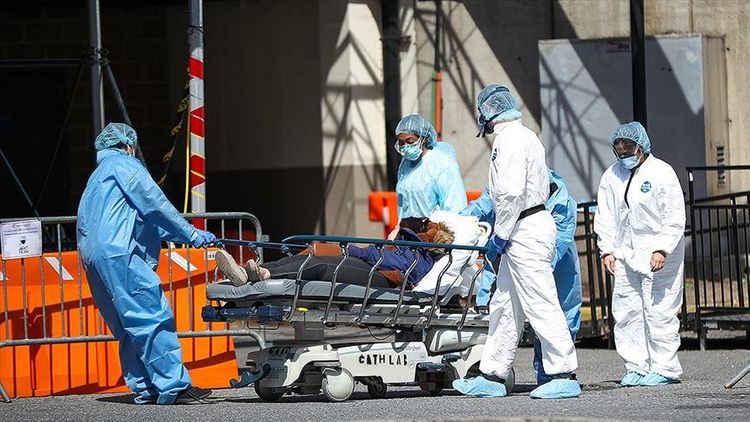 The number of people in the U.S. who have died from the novel coronavirus has surpassed the 6,000 mark, according to data released early Friday by Johns Hopkins University, APA reports citing Anadolu Agency.

The university's running tally counted 6,053 deaths and 245,540 cases as the U.S. struggles to curb the outbreak.

On Sunday, President Donald Trump warned that the next two weeks will be “very painful" in the U.S. in terms of deaths from the coronavirus and urged Americans to brace for "hard days ahead."

"This is going to be a very, very painful two weeks," he stressed at a White House press conference.

New York is the U.S. state worst-hit by the pandemic with more than 2,300 deaths. It has more than 92,000 cases, followed by New Jersey and California, the states with the second and third-most infections, trailing far behind with nearly 26,000 and 11,100 cases respectively.

The U.S. has become the country with the most confirmed coronavirus infections followed by Italy, Spain and Germany after the virus emerged in the Chinese city of Wuhan in December. It has since spread to at least 177 countries and regions.

There are 1,016,128 confirmed coronavirus infections worldwide and 53,145 deaths, according to Johns Hopkins. More than 211,000 people have recovered from the disease.