US designates 13 Iranians for alleged involvement in assassination in Switzerland, Pompeo says 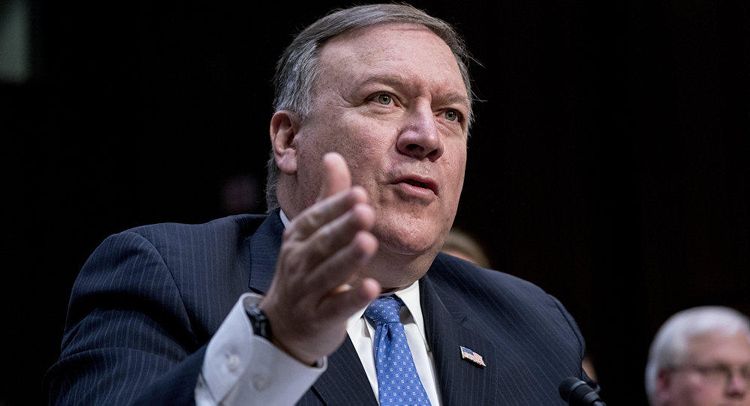 The United States has designated 13 Iranians for allegedly being involved in an assassination in Switzerland in 1990, Secretary of State Mike Pompeo said in a statement, APA reports citing Sputnik.

"Friday, August 21 marks the annual Day of Remembrance and Tribute to the Victims of Terrorism. To both remember and honor these victims, today the U.S. Department of State is announcing visa restrictions on 14 Iranian individuals for their involvement in gross violations of human rights on behalf of the Iranian regime, the world’s leading state sponsor of terror", the statement, published on the US State Department's website, said.

According to the statement, the restrictions also apply to the "immediate family members" of the alleged suspects.

"The United States will continue to pressure Iran to treat its own people with dignity and respect. Iran conducts assassinations and terrorism abroad to spread its reign of terror well beyond its own borders. Today’s action includes visa restrictions on 13 officials involved in a brutal and intricately planned assassination carried out in Switzerland in 1990 as part of Iran’s ongoing worldwide terrorism campaign", the statement continued.

The US also designated Hojatollah Khodaei Souri, who as "director of Iran’s notorious Evin Prison, oversaw an institution synonymous with torture and other cruel, inhuman, or degrading treatment or punishment", the statement added.

Pompeo also stated that Washington is "initiating the restoration of virtually all sanctions on Iran lifted under UN Security Council Resolution 2231" and that the sanctions will go "back into effect in 30 days".