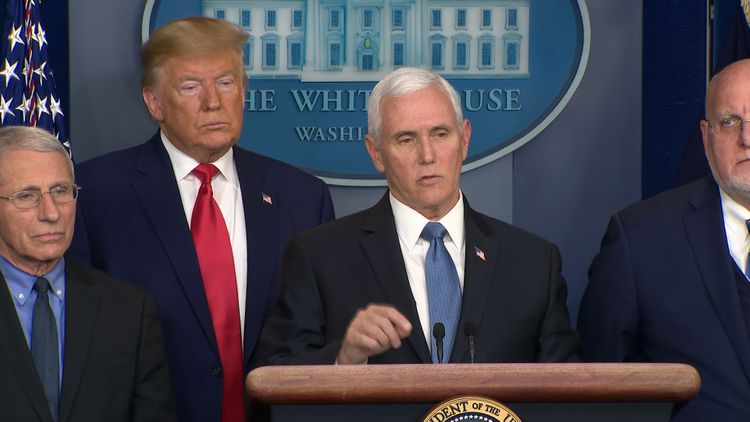 Pence announced more restrictions on travel from Iran. The administration is “expanding existing travel restrictions to include any foreign national who has visited Iran within the last 14 days,” the vice president said.

Pence said the administration, through the US State Department, would increase the travel advisory for Italy and South Korea to Level 4 -- the highest level, advising American not to travel to specific regions in those countries.

“We are urging Americans to not travel to the areas in Italy and the areas in South Korea that are most affected by the coronavirus,” Pence said.

Health and Human Services Secretary Alex Azar said the goal is to lower the travel to and from the most impacted areas in an attempt to control the spread of the virus.