US intends to announce withdrawal of 4,000 troops from Afghanistan next week 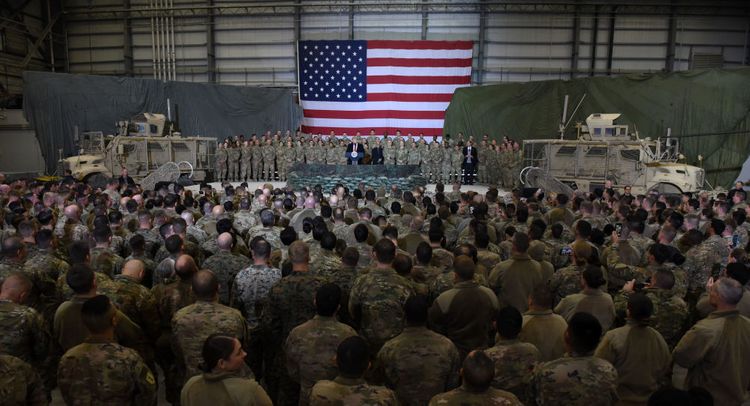 The Trump administration plans to announce next week a withdrawal of a total of 4,000 US servicemen from Afghanistan in the wake of the resumption of the talks between Washington and Taliban, media reported, citing US officials, APA reports quoting Sputnik.

After the possible withdrawal, about 8,000-9,000 US soldiers would remain in Afghanistan, while the pullout would be phased and occur over a few months, the NBC News broadcaster stated.

Earlier, Joint Chiefs of Staff chairman Mark Milley and Defence Secretary Mark Esper said that the US military was considering scaling down its presence in Afghanistan with increased emphasis on counterterrorism operations.

Last Sunday, the Taliban announced that the talks with the US had resumed in Doha after a three-month hiatus. A source close to the Islamist movement said that both sides had discussed in Doha the reduction of violence and conditions that could spur intra-Afghan talks to begin.

However, on Thursday, US Special Envoy for Afghanistan Zalmay Khalilzad announced a "brief pause" in Taliban peace talks following an attack on Bagram airbase that killed two and wounded dozens of civilians. He said the Taliban must show willingness to respond to Afghan desire for peace.