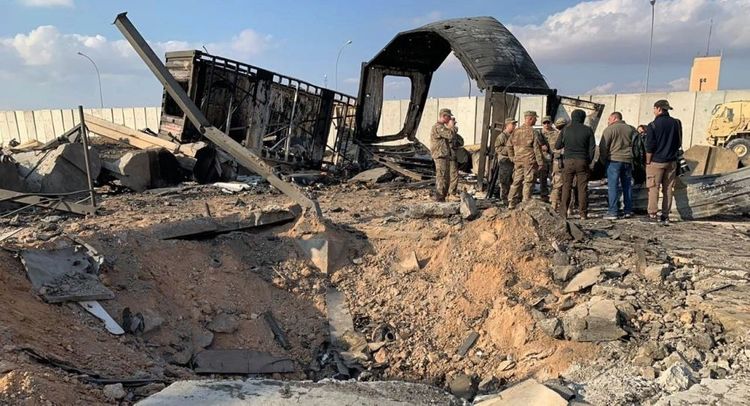 A video of the aftermath of last week’s missile attack on a US military base in Iraq, which was staged by Iran in response to the assassination of high-ranking Iranian General Qasem Soleimani has been published, APA reports citing CBS News.

The clip also caught an undamaged spate of Saddam Hussein-era bunkers, in which US servicemen hunkered down and survived the missile attack.

The sources claimed that most US forces either left the base or took cover in bunkers for two-and-a-half-hours before Iran start launching missiles on Wednesday.

At the same time, the sources asserted that although the US forces knew about the attack, they didn't know what the nature of the attack would be.

One of the sources described the fact that there were no casualties in the missile as a "miracle", claiming that the projectiles detonated just a few metres from the bunkers.