US military says it is investigating plane crash in Afghanistan - VIDEO 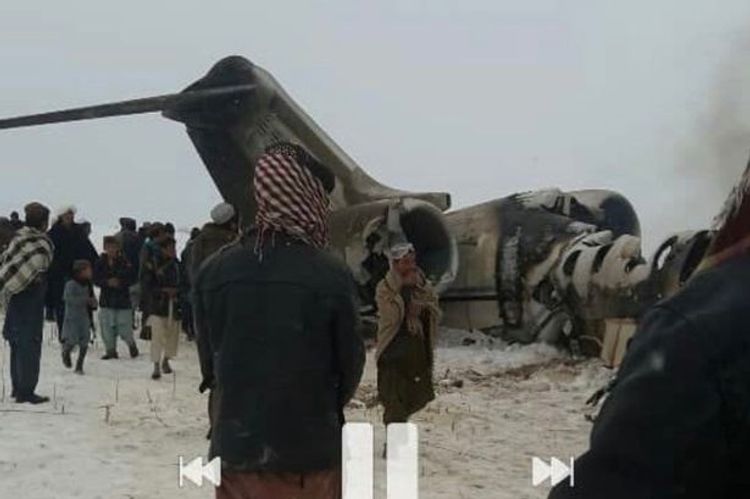 The American military is investigating a plane crash in Afghanistan after footage emerged showing wreckage of a plane with the US Air Force symbol on the side, APA reports citing Daily Mail.

The plane came down in Dih Yak district, which is Taliban-held territory, around 1.10pm local time.

Officials initially said the plane was a Boeing passenger aircraft belonging to state-owned Ariana Airlines, though the airline subsequently denied these reports.

Now, footage taken by an Afghan journalist has begun circulating on Twitter purporting to show the remains of an aircraft at the scene bearing a USAF symbol.