US postpones talks with China over Beijing’s policy on COVID-19, Trump says 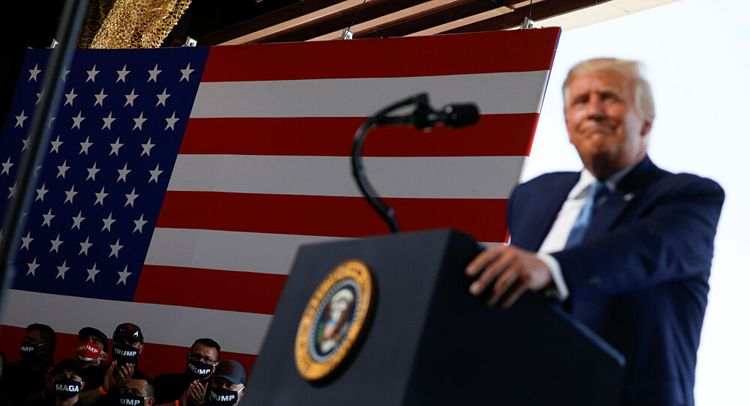 The US government has suspended its negotiations with China because of Beijing's behavior in allowing the novel coronavirus to spread to the United States and around the world, President Donald Trump told a press conference in Yuma, Arizona, APA reports quoting Sputnik.

"I postponed talks with China", Trump said on Tuesday. "I don't want to talk to them right now. What China did to this country and the world was unthinkable. I canceled talks with China. If sleepy Joe Biden got in, they'd own the United States because Biden would give them everything. He's not smart. He's weak".

Trump has claimed that the virus was inadvertently released from a Wuhan biological laboratory, where it was being experimented on, calling the COVID-19 "a gift from China - a very bad gift".

Trump also accuses Chinese authorities of hiding information about the true scale of the initial COVID-19 outbreak, including the fact that it could transfer from human to human. Beijing denies both allegations.

US-China relations have significantly soured in the past few years, with Washington blaming Beijing for unfair trade practices, a poor response to the coronavirus outbreak, human rights violations, and unwarranted territorial dis