US ready to go back to work, Kudlow believes, says Trump to make announcement soon 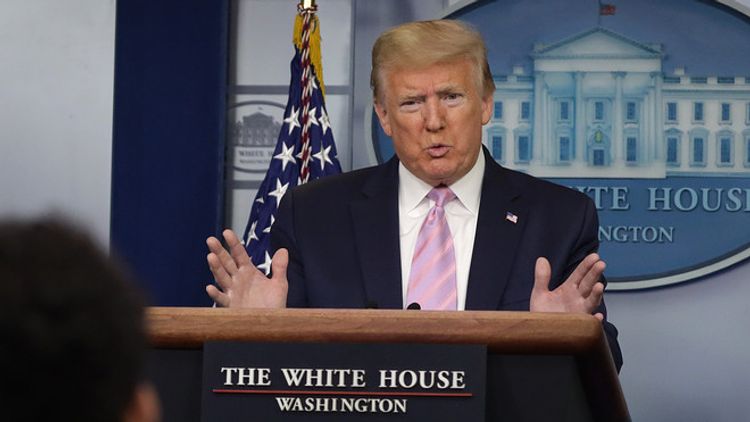 The head of the US National Economic Council, Larry Kudlow, has stated that in his opinion, the country is ready to go back to work, adding that there is no reason to believe that the American economy can't be reignited once the coronavirus pandemic is over. He added that the Trump administration is also seeking the speediest restoration of normal business processes in the country, but not at the expense of people's safety, APA reports citing Sputnik.

Kudlow further said that President Donald Trump would make an announcement on the matter in a day or two.

"In the next few days, he will be making some very important announcements regarding those [social-distancing] guidelines. We want to get folks back to work. We want to do it as quickly as possible. It has to be safe. It has to be driven by the data from our health specialists", Kudlow stated.

Previously, Trump said he will have the final say on reopening American states for business, adding that a decision on the matter will be "made shortly".