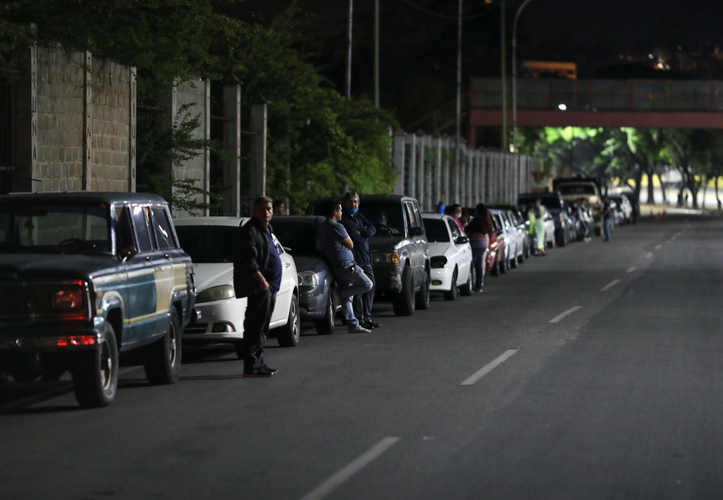 Hundreds of Venezuelans queued up in miles-long lines to try to fill their cars with subsidized gasoline over the weekend, a week after President Nicolas Maduro launched a new dual-price system aimed at easing an acute fuel shortage, APA reports quoting Reuters.

Maduro on May 30 announced the new system in which motorists could purchase up to 120 liters (31.7 gallons) of gasoline at a heavily subsidized price of 5,000 bolivares (2.5 U.S. cents) per liter, and 50 U.S. cents per liter thereafter. Some 200 gas stations were designated to charge solely at the higher price.

That change effectively ended decades of heavy subsidies in Venezuela, an OPEC nation with the world’s largest crude reserves and where cheap fuel has long been considered a birthright of sorts. The new plan caused chaos and confusion at service stations across the country when it began on June 1.

While Venezuelans with resources can now wait in shorter lines at the stations tapped to charge higher prices, those seeking subsidized fuel, such as 42-year-old car mechanic Pedro Mujica, had no choice but to wait in seemingly endless lines.