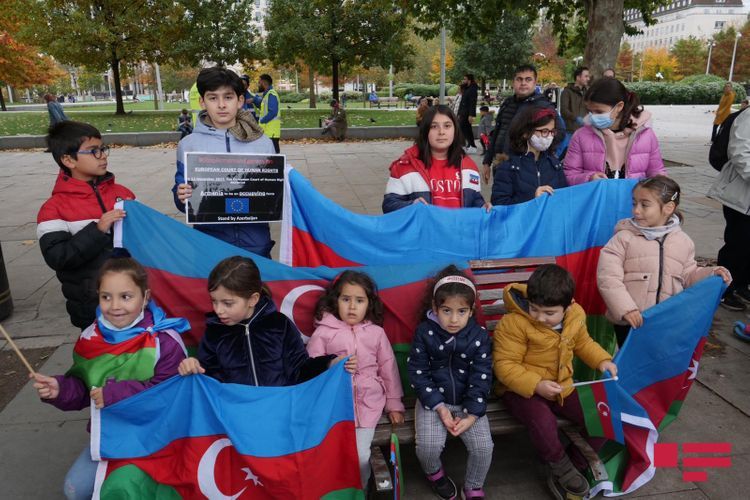 The Azerbaijanis living in the United Kingdom commemorated in front of the London Eye the persons who were killed as a result of the terrorist acts committed by Armenians in Azerbaijan’s Barda, Ganja and other cities, APA’s British bureau reports.

The Southern Azerbaijanis and the British citizens also participated in the commemoration event along with Azerbaijanis.

The event participants honored with one-minute silence the memory of innocent victims of the terrorist acts committed by the occupant Armenian army in Ganja and Barda. They informed the passer-bys about the aggression committed by Armenians by voicing such slogans as “Stop Pashinyan”, “Garabagh is Azerbaijan!”, “Stop Armenian aggression”, statements in English language.

Besides, the placards inscribed with slogans saying “Pray for Ganja”, “Pray for Barda” were also raised.

The National anthem of Azerbaijan was played back in the end of the event. 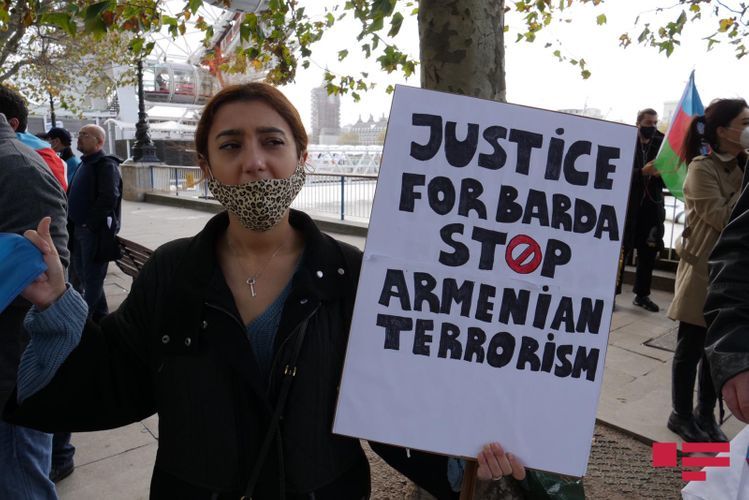 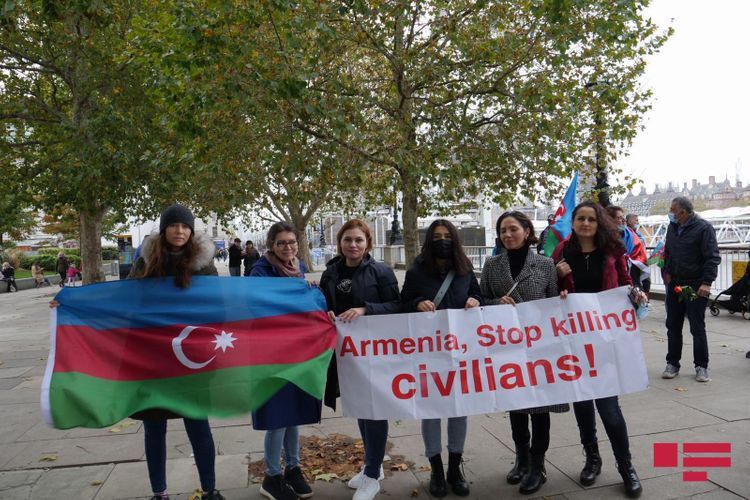 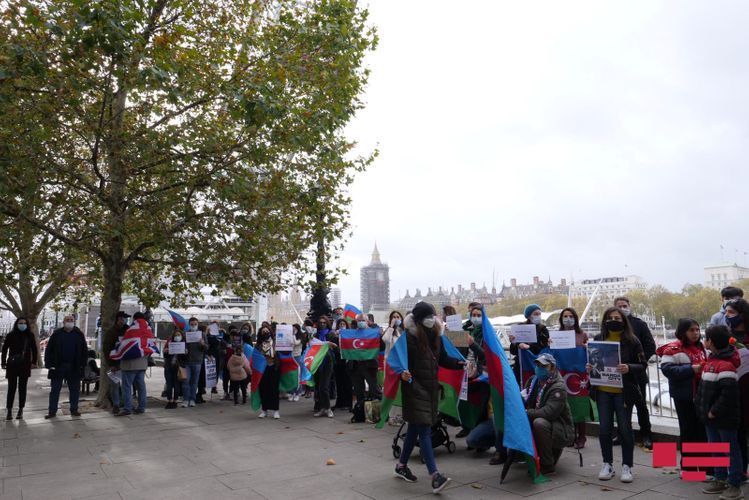 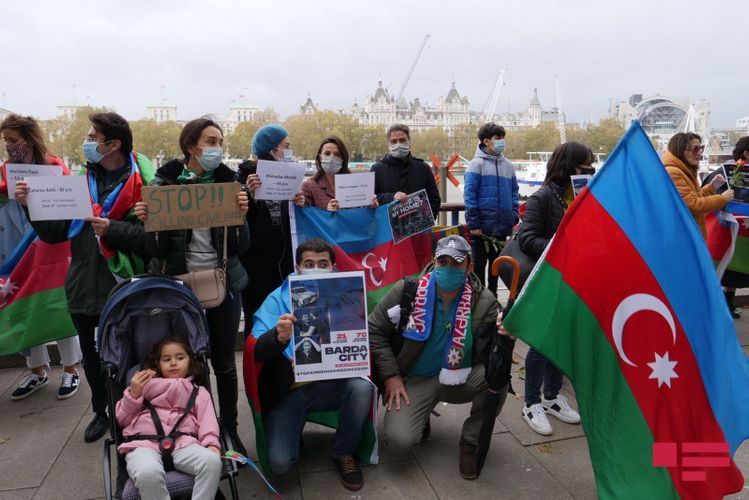 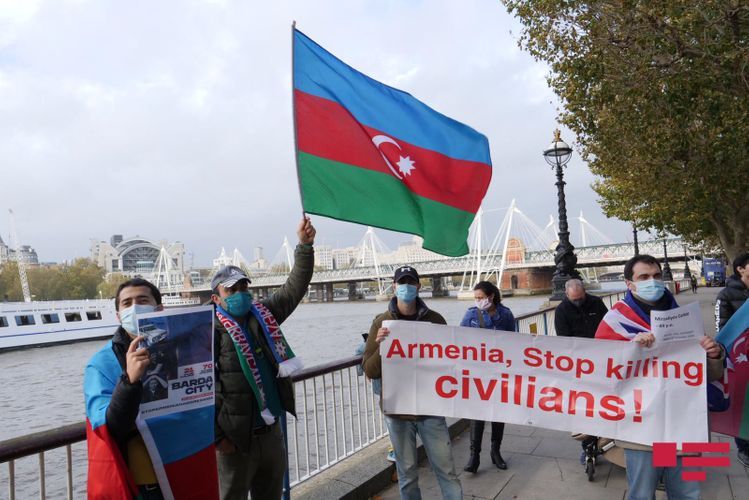 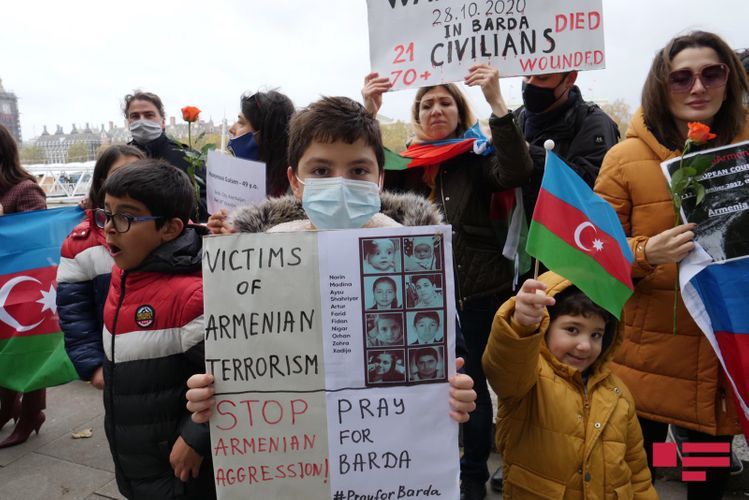 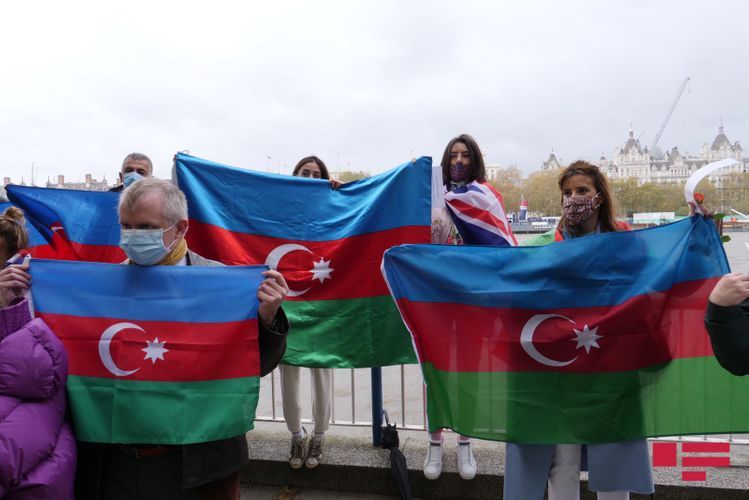 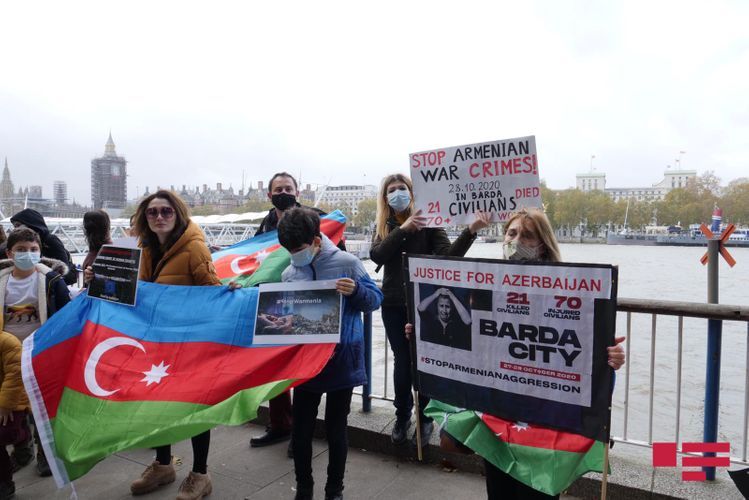 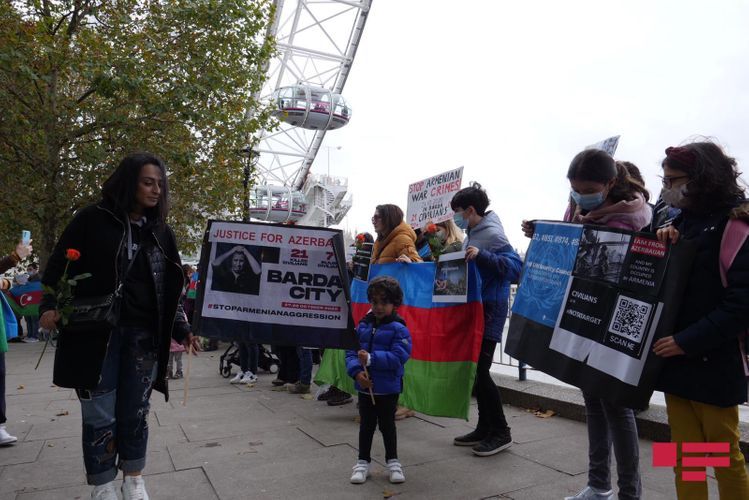 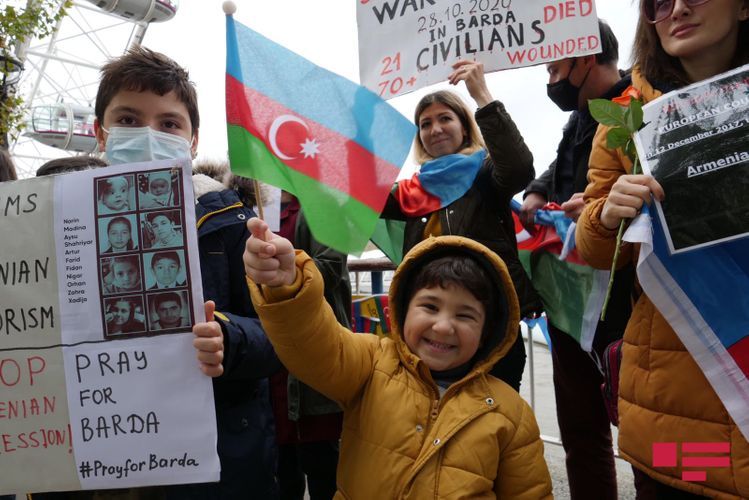 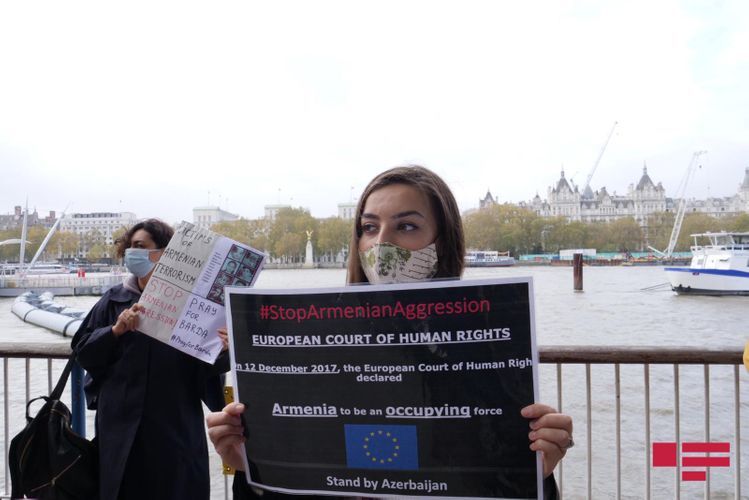 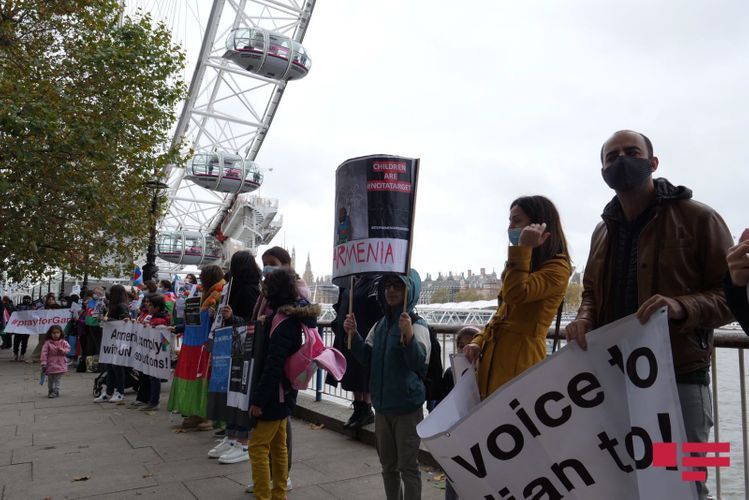 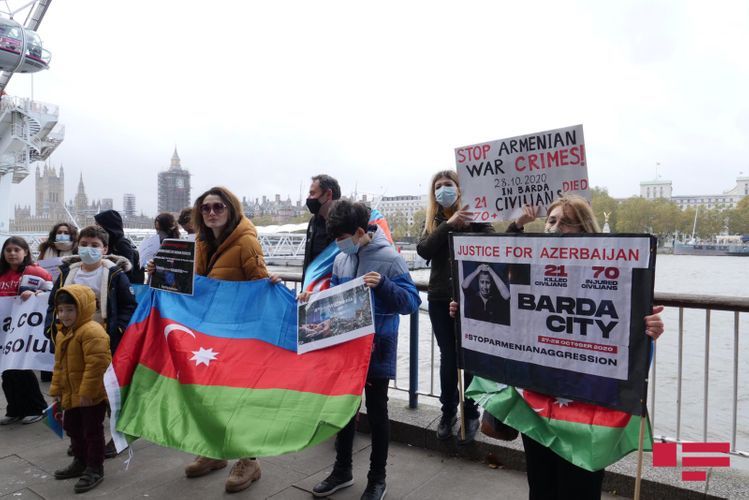 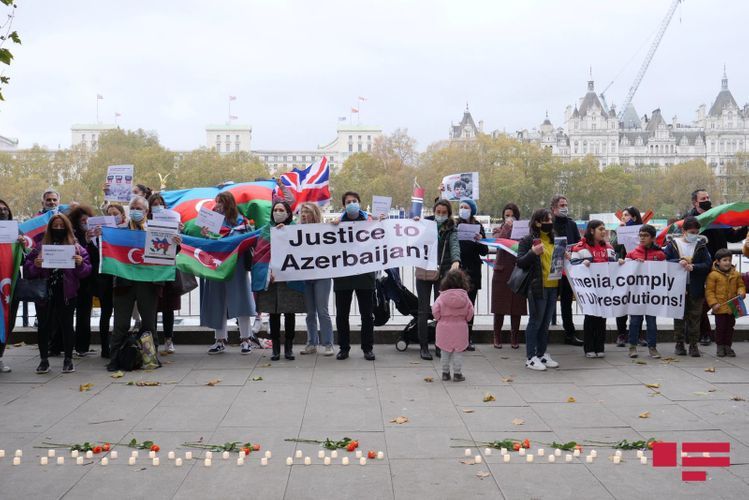