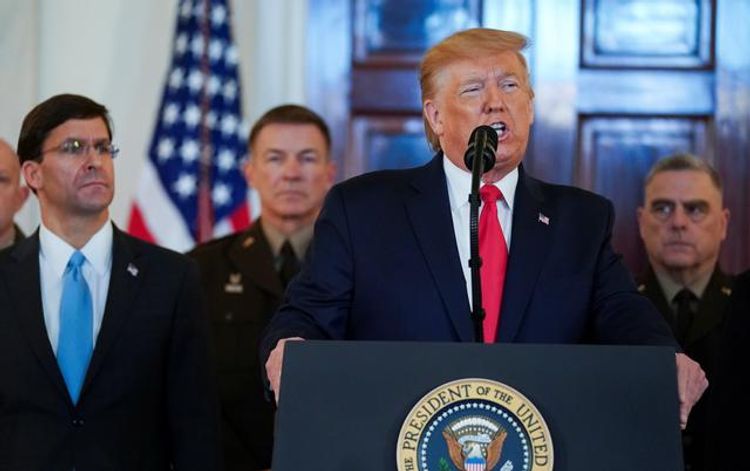 Washington rebuffed an Iraqi request on Friday to prepare to pull out its troops, amid heightened U.S.-Iranian tensions following the U.S. killing of an Iranian commander in Baghdad, APA reports citing Reuters.

Abdul Mahdi asked Pompeo to “send delegates to put in place the tools to carry out the parliament’s decision”, it said, adding without elaborating that the forces used in the killing had entered Iraq or used its airspace without permission.

However, the U.S. State Department said any U.S. delegation would not discuss the withdrawal of U.S. troops as their presence in Iraq was “appropriate.”

“There does, however, need to be a conversation between the U.S. and Iraqi governments not just regarding security, but about our financial, economic, and diplomatic partnership,” spokeswoman Morgan Ortagus said in a statement.

The latest flare-up in the long shadow-war between Iran and the United States started with the killing of Iran’s top general Qassem Soleimani in a U.S. drone strike on Jan. 3. Iran responded on Wednesday by firing missiles at U.S. forces in Iraq.

In the aftermath, both sides backed off from intensifying the conflict but the region remains tense, with Iranian commanders threatening more attacks.

Grand Ayatollah Ali al-Sistani said it was Iraqis who stood to suffer most from the U.S.-Iranian conflict.

In a message delivered through a representative at Friday prayers in the holy city of Kerbala, Sistani said no foreign powers should be allowed to decide Iraq’s fate.