White House's top lawyer at the Supreme Court to resign 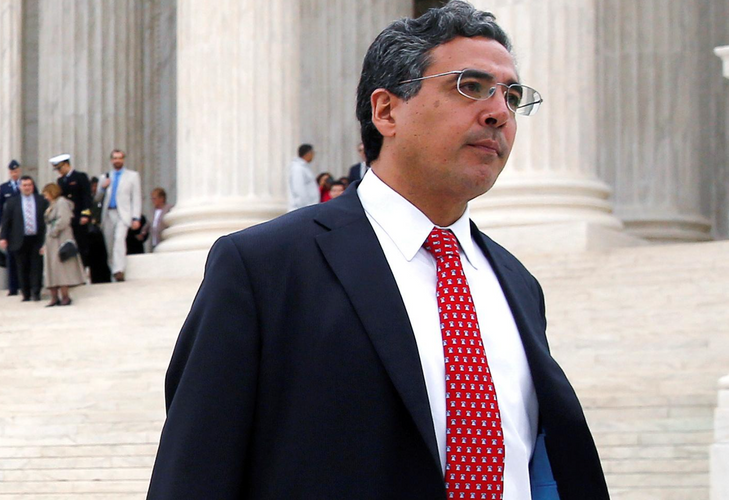 The U.S. government’s top advocate before the Supreme Court, Noel Francisco, who defended President Donald Trump’s policies, including the travel ban on people from mainly Muslim countries, is expected to resign, according to a person familiar with his plans, APA reports quoting Reuters.

That would mark the second departure of a senior Justice Department official in two days, following Wednesday’s news that the top prosecutor overseeing its criminal division, Brian Benczkowski, is leaving his post early next month.

The Justice Department and Attorney General William Barr have faced criticism for recent moves seen as prioritizing Trump’s close friends and allies, including its ongoing effort to drop a criminal charge against Michael Flynn a former top adviser who pleaded guilty to lying to the FBI.

Since 2017, Francisco has led the Office of the Solicitor General, a division of the Justice Department that defends government policies against legal challenges.

Francisco, like Benczkowski, had been planning to leave his post this summer for quite some time, according to the person familiar with his plans, who asked to remain anonymous because it has not been publicly announced yet.

Francisco’s top deputy, Jeff Wall, is expected to serve as acting solicitor general while the White House searches for a replacement, the person added.

Francisco’s planned departure comes as the Supreme Court nears the end of a term that began in October 2019.

Francisco won a notable victory in defending Trump’s travel ban on people from six predominantly Muslim countries entering the United States, which the court upheld in 2018 in a 5-4 decision.

Francisco also argued in favor of Trump’s bid to dismantle a program that protects hundreds of thousands of immigrants - dubbed “Dreamers” - who entered the United States illegally as children. The Supreme Court is expected to rule in that case in the next month.