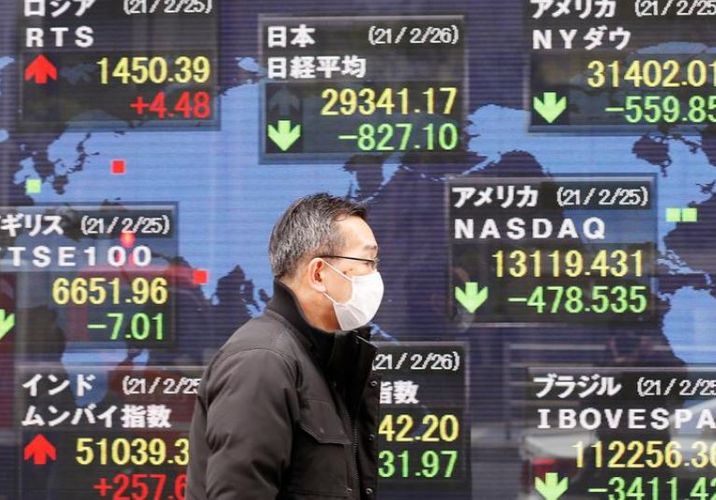 Japan bucked the trend, with the Nikkei falling 0.4% as rising coronavirus cases raised doubts about an economic reopening with 100 days to go until Tokyo is scheduled to host the Olympics.

The U.S. consumer price index rose 0.6%, the biggest increase since August 2012, as rising vaccinations and fiscal stimulus unleashed pent-up demand. But the data is unlikely to change Federal Reserve Chair Jerome Powell’s view that higher inflation in coming months will be transitory.

Powell is scheduled to speak later in the day at the Economic Club of Washington.

They said Tuesday’s result was “clearly being interpreted within the context of the Fed’s commitment to look through ‘transitory’ inflation impulses.”

For bond markets, the question is whether the benchmark yield can break below 1.6% from as low as 1.611% on Wednesday, they wrote.