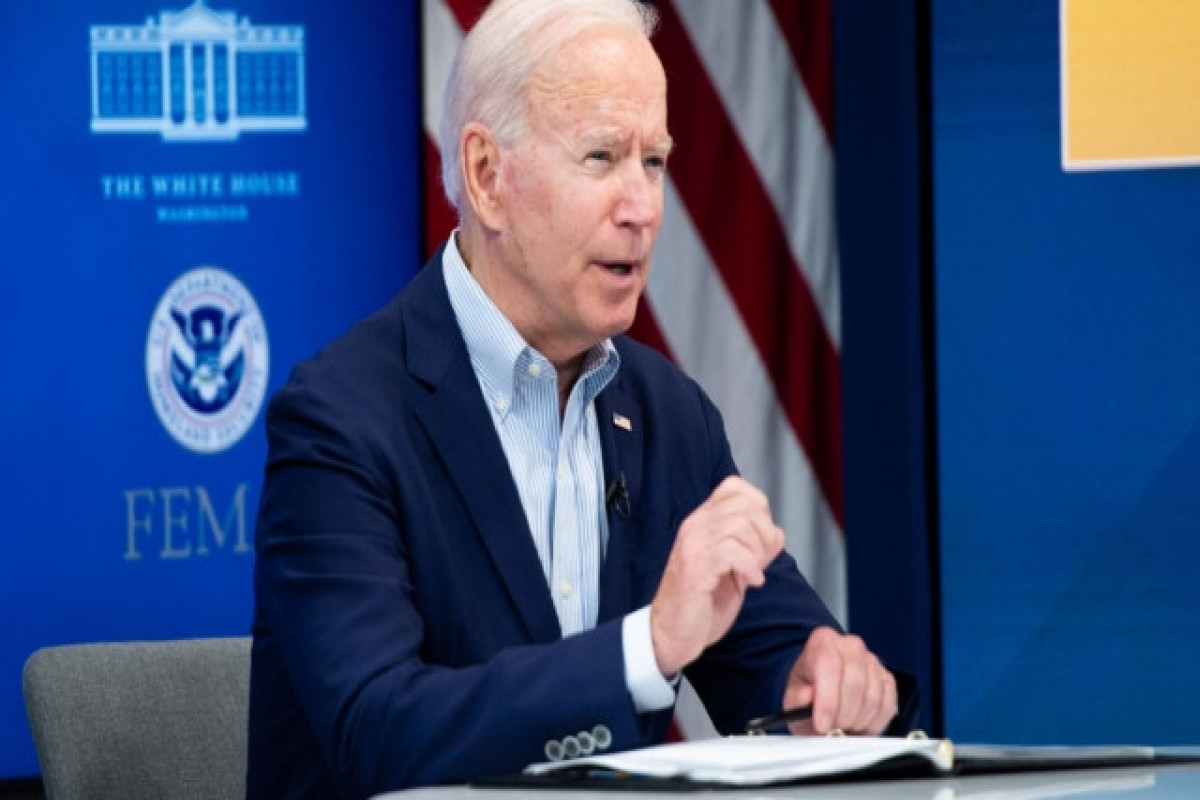 Another attack on Kabul airport is highly likely, US President Joe Biden has warned, saying commanders have told him it could come as early as Sunday, APA reports citing BBC.

The state department has urged all US citizens to leave the area near the airport because of a "specific, credible threat".

The US is continuing evacuations but the final UK troops, diplomats and officials have now left Kabul.

A suicide bombing near the airport on Thursday resulted in some 170 deaths.

In retaliation, the US carried out a drone strike on eastern Afghanistan late on Friday, saying it had killed two "high-profile" IS-K members.

The two are described as a planner and a facilitator. It is unclear whether they were directly involved in planning the Kabul airport attack.

"This strike was not the last. We will continue to hunt down any person involved in that heinous attack and make them pay," Mr Biden said in a statement released on Saturday.

IS-K is the most extreme and violent of all the jihadist militant groups in Afghanistan and has major differences with the Taliban, who now control most of the country. It accuses them of abandoning the battlefield in favour of a negotiated peace settlement with the Americans.

The Taliban condemned the air strike, saying the Americans should have consulted them first, a spokesman told Reuters news agency.

US troops have begun their withdrawal from the airport - their numbers are now down to 4,000, from a peak of 5,800 in the past week.

The next few days are likely to be the most dangerous since the evacuation began, White House officials say.

The Taliban have set up further layers of checkpoints around the airport and are not allowing most Afghans through, the Associated Press (AP) reports.

In all, more than 110,000 people - both Afghans and foreign nationals - have been evacuated from Kabul airport since the airlift began two weeks ago.

On Saturday, Italy's final flight from Afghanistan arrived in Rome. Italy said it had evacuated almost 5,000 Afghan citizens from Kabul - the highest number of any EU country.

France said it had flown out more than 2,800 since 17 August, while Germany said it had taken about 4,000 Afghans.

The head of the UK's armed forces, General Sir Nick Carter, said it was "heartbreaking" that they had not been able to rescue everyone.

With the possibility of leaving by air now dwindling, many Afghans are reportedly now trying to escape the country via the land border with Pakistan, to the east.

The border gates near the southern town of Spin Boldak are open and some people have been making it through. One of the main border crossings, at Torkham, is closed.

France and Britain will urge the UN to create a "safe zone" in Kabul to help evacuation efforts, French President Emmanuel Macron said.

He said it would allow the international community to carry out humanitarian work and "maintain pressure on the Taliban".

Since the Taliban took Kabul on 15 August, the Afghan economy has been in freefall as aid donors freeze funds and panicked depositors seek to withdraw their money from banks.

On Saturday crowds of protesters gathered outside banks in the Afghan capital.

"If the situation continues and employees of the government don't get their salaries and a businessman cannot get his money from the bank for trading, the result of this is very horrible, and there will be poverty in the society as well, and no one can solve that issue," one man told Reuters.