Biden and Putin summit to take place next month in Switzerland 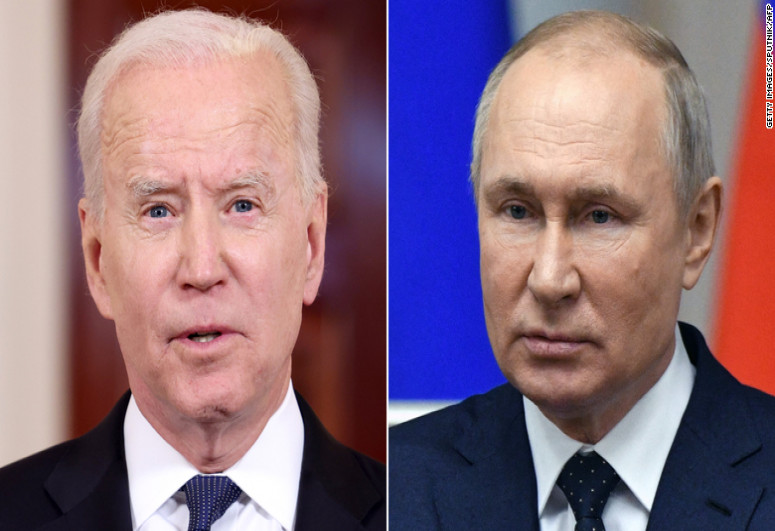 The first face-to-face meeting between President Joe Biden and Russian President Vladimir Putin will take place next month in Switzerland, the White House confirmed Tuesday, as the administration and the Kremlin finalize arrangements for the summit, APA reports citing CNN.

"President Biden will meet with President Putin in Geneva, Switzerland on June 16, 2021. The leaders will discuss the full range of pressing issues, as we seek to restore predictability and stability to the U.S.-Russia relationship," the White House said in a statement.

The long anticipated meeting will come at the conclusion of Biden's first international trip since taking office.

The White House dispatched national security adviser Jake Sullivan to Geneva this week to meet with his Russian counterpart, officials said, as details are being hammered out for the meeting between Biden and Putin.

A White House spokesperson declined to comment on the final location of the host city until all details were nailed down.

The high-stakes meeting comes nearly three years after Putin met then-President Donald Trump in Helsinki, Finland. The officials said the meeting with Biden will look very different from that July 2018 summit, during which Trump sided with Putin and openly dismissed US intelligence about Russian interference in the 2016 election.

It would be Biden's first meeting with Putin since taking office. But Biden has previously met with Putin during his time as vice president, including a 2011 meeting during which Biden said he looked into Putin's eyes and declared: "I don't think you have a soul."

Biden initially proposed a summit with the Russian President last month during a telephone call, and the two sides have been working to finalize details since. Despite deteriorating relations between the two countries on issues like Ukraine and election interference, Biden hopes to establish a clear channel of communication that would avoid undue surprises.

Putin has appeared receptive to the offer, even after the United States applied harsh new sanctions and other punishments on Russia for, among other things, its role in a massive cyberattack on government agencies.

The relationship between the world leaders got off to a tumultuous start, with the US adjusting its posture with Russia by finalizing sanctions in the wake of the poisoning and jailing of Russian opposition leader Alexey Navalny, the SolarWinds hack and its alleged placing of bounties on US troops serving in Afghanistan.

During an interview in March, Biden called Putin a killer, saying that the Russian leader "will pay a price" for his efforts to undermine the 2020 US election.

In response, the Kremlin recalled its ambassador to the US for the first time in more than 20 years. Putin responded to Biden's criticisms with a dry wish for "good health" and a proposal for a live televised debate.

The specific agenda and format of the Switzerland meeting is still coming together, officials said, and comes as Biden makes his debut as President on the international stage.

He is scheduled to depart in early June for his first trip abroad, seeking to reassure world leaders at the Group of 7 summit in southwest England and NATO and European Union summits in Brussel of his commitment to traditional American alliances. He would travel to Switzerland following those meetings in the United Kingdom and Brussels.

Last week, US Secretary of State Antony Blinken met with Russian Foreign Minister Sergey Lavrov, the first high-level encounter between the US and Russia since Biden took office.