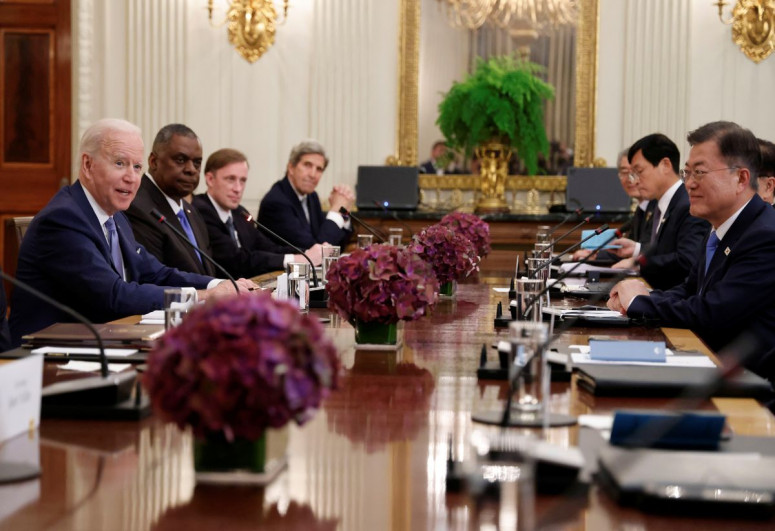 U.S. President Joe Biden and South Korean President Moon Jae-in on Friday injected fresh urgency into attempts to engage North Korea in dialogue over its nuclear weapons, with Biden saying he would meet its leader Kim Jong Un under the right conditions.

At a joint news conference, Biden and Moon both said the complete denuclearization of the Korean peninsula is their goal. Biden said he was "under no illusions" about the difficulty of getting North Korea to give up its nuclear arsenals after his predecessors failed.

"We both are deeply concerned about the situation," Biden said, adding that he and Moon shared a willingness to engage diplomatically with the North "to take pragmatic steps to reduce tensions."

North Korea thus far has rebuffed U.S. entreaties for diplomacy since Biden took over from Donald Trump, who had three summits with Kim and the two famously exchanged "beautiful letters."